Friday , 27 May 2022
Home Industry News Dairy Consumers Do You Have Any Dairy Desserts Tailored to My Genotype? 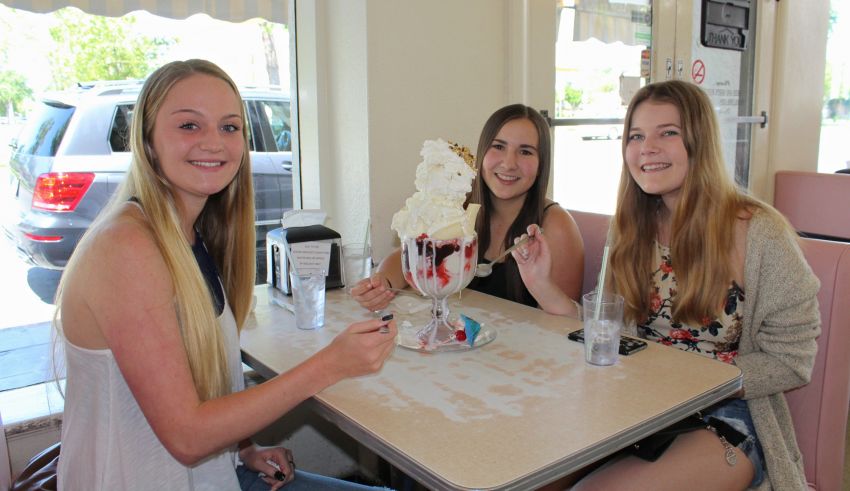 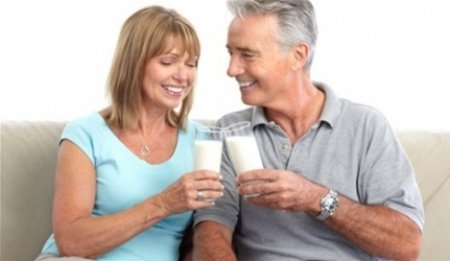 Senior citizens celebrating a centennial birthday are often asked the secret of their good health and longevity. The crowded room is silent in anticipation as the young listen intently to their prophet’s every word. The reply sends seismic tremors through the modern health care system – “I’ve always been big, likely because I ate everything, mostly the foods they say you shouldn’t and no greens, I smoked like a chimney, drank a bottle of whiskey every day, and importantly, never exercised.” This individual, of course, is not representative of the average person. Health scientists and doctors regularly report that such lifestyle choices are strongly associated with chronic ill health and premature death for most people. Thus, for this elderly person, the often-used phrase “you are what you eat” should be replaced by “you are healthy, despite what you ate.”

Why is this individual different? Within large populations there are a few people that just happen to be on the lucky side of the bouncing ball of life. Part of this luck is that their unique genetics interacts favorably with local environmental influences and dietary choices, perhaps not the whiskey, and these interactions alter their susceptibility to chronic lifestyle-related diseases. Of course, the opposite is also true as the genetic lottery of life produces winners and losers.

Mapping how ingested foods interact with the unique genetic makeup of an individual to affect their health is a rapidly expanding area of science called nutrigenetics. The aim of nutrigenetics is to provide people with personalized nutritional advice based on their genetic makeup to allow better management of their health. Recently, Kevin Comerford and Gonca Pasin* published an insightful and timely review summarizing about fifteen years of scientific investigations in this new research area. Their review, published in the journal Nutrients, was focussed on whether the specific genetic makeup of individuals interacted with ingested dairy products to modify the risks of metabolic diseases, heart disease, bone health and some cancers. The reviewers are associated with the California Dairy Research Foundation. This is a monumental review as Comerford and Pasin distilled information from about thirty large-scale investigations that in total used health, diet and genetic information from about half a million people. They deftly extracted simple biological conclusions from the complex statistical analyses underpinning each investigation as well as consensus views from multiple related investigations. So, what did they conclude? Overall, these studies indicate that dairy products are very good for the health of people, although the genetic makeup of some individuals can influence these benefits in special circumstances.

Genetic Influences are Everywhere in Biology

Genetics is a foundation pillar of biology. It links the generations of all life forms by transmitting a code defining form and function. Nowhere is this more apparent than in domesticated animals. The different milk production characteristics of cattle breeds and the amazing visible variety of dog and cat breeds exemplify the awesome power of genetic variation coupled to selective breeding. In the human population, only about 0.1% of the entire genetic makeup is variable. These three million genetic variations generate massive individual variety; just look at the local crowd. Many traits with a strong genetic basis, such as human height, are influenced by the actions of hundreds of genetic variants, each providing only a small contribution to the trait. This is a complex or polygenic (many gene) trait that geneticists still struggle to fully understand. Most of what is known about genetics and its relationship to form and function is derived from single genetic variations (mutations) that cause large and easily seen changes in individuals. For example, many individuals in 19th Century European royal families carried a mutation on the X-chromosome causing hemophilia, a severe blood clotting disease resulting in abnormal bleeding. A female inheriting two copies of the mutation or a male inheriting one copy will get the disease, i.e. the mutation determines the disease.

Most mutations are loss of gene function mutations that cause adverse effects. It’s like damaging a random part in a car engine. Most times the engine does not work as well or sometimes not at all. Very rarely, mutations cause a gain of gene function that results in an advantage to the individual carrying the mutation and sometimes secondary effects as well. Randomly playing with switches on the car dashboard occasionally turns on a car’s air conditioner, an important gain of function on a hot day, but it also increases fuel consumption. Genetics often represents the potential for a biological effect but only in a specific environmental circumstance. During cold weather, the air-conditioner is turned off and the fuel consumption is normal. The divide between nature and nurture starts to get blurred.

Comerford and Pasin highlight the lactase persistence (LP) mutation as an example of a gain of function mutation as it allows some adult human populations to drink milk without suffering the effects of lactose intolerance. In mammals, lactose in milk is broken down in the gut of the young into easily metabolized glucose and galactose. The gut protein that performs this task is lactase, which is abundant in the suckling young, but after some time it is usually no longer produced and this leads to weaning. Uniquely in humans, different mutations located at or near the gene coding for lactase arose in the “recent” past (one mutation arose about 10,000 years ago) and led to the persistence of lactase production into adulthood in three separate populations. The mutations gave these ancient human populations a big calorie advantage through the ability of the adults to consume cow’s milk containing energy-rich lactose and other beneficial components. The nutritional advantage gained by these populations greatly enhanced their survival chances, allowing population expansion as the mutations were efficiently passed onto subsequent generations. This is an example of evolution in action. Today, these inherited LP mutations are prevalent in populations characterized by Northern European ancestry and in smaller groups with African and Middle Eastern ancestries.

Times change, and so does the nutritional environment. Modern human populations carrying the LP mutation often live in a world of food abundance and no longer need the mutation’s calorific advantage. Comerford and Pasin’s review was specifically focussed on investigations by scientists that were interested in whether the LP mutation, interacting with a dairy diet, modified the usual line-up of recalcitrant risk factors underpinning common modern-day diseases. The reviewers noted that several investigations using small human populations demonstrated that the most prevalent LP mutation was correlated with higher dairy intake, as expected, and a higher body mass index (BMI). BMI is an established risk factor of several diseases including heart disease and type II diabetes. However, investigators involved in a much larger study of 98,000 people found no evidence that the LP mutation and dairy intake were associated with BMI. These apparently contradictory conclusions were attributed to additional but as yet unknown genetic, dietary and lifestyle factors that were different in these investigations.

Using another set of investigations, Comerford and Pasin concluded that there is strong and independently confirmed evidence that adult dairy intake showed neutral or protective associations with risk factors for cardiovascular disease (and citations numbered 37-41 in Comerford and Pasin’s review). This is good news for dairy consumers. One study however, showed that the LP mutation in combination with a high dairy intake increases the likelihood of metabolic disorders that are risk factors for coronary heart disease but only in women. A related study could not confirm this association. Moreover, the reviewers reported on results from four very large investigations using data from 20,000, 197,000, 98,000 and 102,750 participants, which all concluded there is no association between the LP mutation, dairy intake and risk factors for heart disease.

The reviewers summarized the extensive evidence that milk consumption strengthens bones and is associated with long-term bone health (citations 56-61 in Comerford and Pasin’s review). These investigators demonstrated that multiple components in milk, such as total protein and calcium, support bone health. The role of milk lactose in these beneficial associations is unclear. Lactose intolerance (i.e. lack of the LP mutation) is associated with increased risk of osteoporosis and bone fractures. However, lactose intolerance is also associated with decreased dairy consumption. Therefore, the reviewers suggested that the decreased consumption of milk protein and calcium, and possibly not the decreased ability to metabolize lactose, may be responsible for the increased risk of osteoporosis and bone fractures in lactose-intolerant populations. The reviewers also highlighted two additional investigations concluding that there was no effect of lactose tolerance (an indirect measure of the presence of the LP mutation) or lactose intolerance on bone health associated with specific groups of post-menopausal women. Overall, Comerford and Pasin concluded that multiple genetic, dietary, and environmental factors influence the risk of osteoporosis and bone fracture, thereby confounding some investigations that narrowly focussed on a single genetic mutation and milk intake in these populations.

A similar conclusion was reached by the reviewers when they examined multiple investigations into the role the LP mutation in the risk of various cancers. The reviewers noted substantial evidence implicating dairy intake with protection against colorectal cancer, but most of these investigations did not examine the effects of the LP mutation or any other genetic variants.

Comerford and Pasin also summarized nine additional investigations where the health effects of genetic variants in a variety of other genes were modified by dairy diets. The genetic variants investigated were present in genes important to fat metabolism, the biological activities of vitamin D, and the functions of several hormones. The reviewers highlighted many interesting interactions; however, overall, they concluded that these nutrigenetic investigations showed “mixed results,” and implied that multiple unknown genetic and dietary factors were influencing the risks of disease.

In the future, each individual will know their genetic makeup and how it conspires with dietary components to influence their long-term health. Comerford and Pasin summarized the first tentative steps toward this ambitious goal by highlighting interactions between a few genetic variants, a single dietary component—milk—and the risk of some common diseases. Undoubtedly, their conclusion is that these analyses are complex and involve many known and hidden interacting factors. Perhaps that is the point. Individual differences in disease susceptibility and type may reflect the sum of many small contributions derived from an array of genetic and environmental factors. There is obviously still much to do.

Perhaps one day in the future, it may be routine to ask the waiter “Do you have any dairy desserts tailored to my genotype?”

*This article is dedicated to the memory of one of the review authors, Gonca Pasin, a champion of the dairy industry and a very nice person.