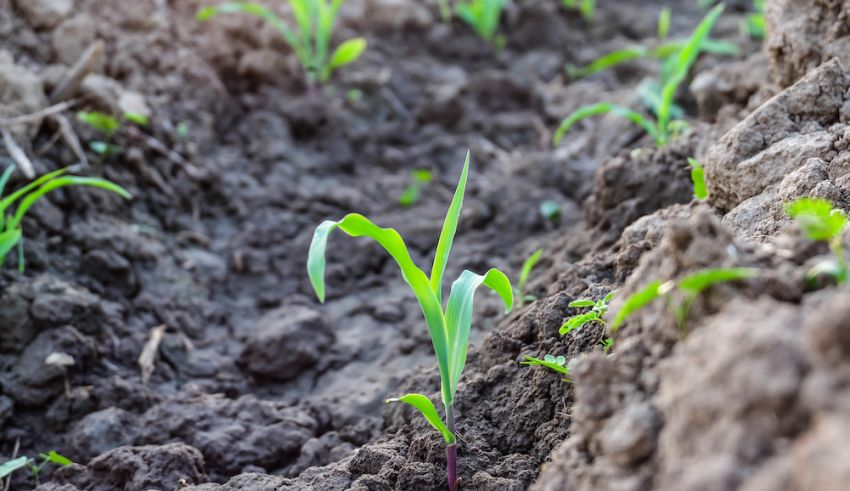 It would take a while — probably another few thousand years — but their efforts would eventually begin to bear more edible fruit. Whereas the ancient teosinte plant produces hundreds of slender, thumb-length ears with no more than a dozen rock-hard kernels, a foot-long ear of modern maize can boast more than 500 chewable ones.

Those differences, and many others, manifested from differences in genetic code — the inheritance of an advantageous gene here, the spontaneous mutation of a gene there. But new research led by the University of Nebraska–Lincoln’s Jinliang Yang has begun to reveal how activating and deactivating genes, rather than swapping them out or rewriting them, may also have directed the evolution of maize.

The research team set out to search the entire DNA of teosinte and maize for patterns of methylation and demethylation: the addition and subtraction of molecules known as methyl groups. When methyl groups latch onto or depart from certain segments of DNA, they sometimes turn nearby genes off or on. Much like DNA itself, patterns of methylation can be passed down through generations, making the process a potentially powerful actor in an evolutionary story — and a potentially powerful secret to breeding better corn.

Yang and his colleagues already knew that about 25% of cytosines — one of the four data-encoding DNA bases — undergo at least some methylation in maize. To pinpoint the location of the methylated DNA regions in maize and teosinte, the team treated both genomes with sodium bisulfite. Acting as a kind of chemical decoder ring, the sodium bisulfite converted unmethylated cytosines, but not methylated ones, into a different DNA base. That analysis allowed the team to identify the presence and location of about 5,000 DNAregions that are methylated differently in maize than in teosinte.

“Understanding the patterns of this variation is largely untapped territory,” said Yang, assistant professor of agronomy and horticulture. “So we’re trying to understand whether there are any patterns during these domestication and recent improvement processes that have contributed to the (physiological) variation.”

Using that batch of distinctly methylated DNA regions as a reference, the team found two nearby genes known to play important roles in maize development. One of the genes, vgt1, influences when the maize plant will reach maturity and flower, which in turn affects how much corn it yields. The other, tb1, contributed to maize losing the multiple branches of teosinte and gaining yield as a result.

In both cases, the team demonstrated that the maize-specific methylation reshaped the neighboring DNA regions that regulate gene activity, causing them to form loops associated with gene activation. When the methylation rate was lower, as it is in maize, the two genes showed telltales of greater activity; when methylation was higher, as in teosinte, that gene expression dropped substantially.

Analyses of the maize genome also revealed that differentially methylated DNA regions — sometimes methylated, sometimes not — seem to have an outsized influence on genetic variation, which can lead to new traits, when compared with regions that are less frequently or almost always methylated.

Though Yang emphasized that the findings are not conclusive, he said they do suggest that differences in methylation between teosinte and maize contributed to the emergence of functionally important traits in the latter. The team is already planning to strategically modify methylation levels in the DNA of live maize plants, and monitor expected physiological changes, in the hope of securing more-robust evidence. It’s also busy investigating roughly 60 other genes whose activity the team suspects could be influenced by maize-specific methylation.

Better understanding how and where methylation might be affecting the physical traits, or phenotypes, of maize should help plant breeders better predict the outcomes of crossing two varieties, Yang said. Mapping the specific locations, levels and consequences of methylation activity might even help hone those predictions to the point that breeders can evaluate their results before the offspring has reached maturity.

“Even if we can improve a little bit of the accuracy, the economic impact will be massive,” Yang said. “Right now, the conventional breeding is done just by observing the phenotype after harvesting the kernel from the field. With this enhanced protocol, we can more accurately predict the plant’s fate in its very early stages. We can collect the DNA and conduct sodium bisulfite sequencing to characterize the genetics and the (methylation) characteristics, and predict its performance (from that).”

That capacity, in turn, could further push the pace in the race to improve yields enough to feed a global population that’s expected to grow from 7.8 billion to nearly 10 billion people by the year 2050.

“It will speed up the breeding process,” Yang said. “And speed is huge.”

The team detailed its findings in the journal Nature Communications. Yang authored the study with Nebraska’s Gen Xu and Jing Lyu, postdoctoral researchers in agronomy and horticulture; Nathan Spring and Qing Li from the University of Minnesota; Han Liu and Mei Zhang of the Chinese Academy of Sciences; Dafang Wang of Delta State University; and Jeffrey Ross-Ibarra from the University of California, Davis.