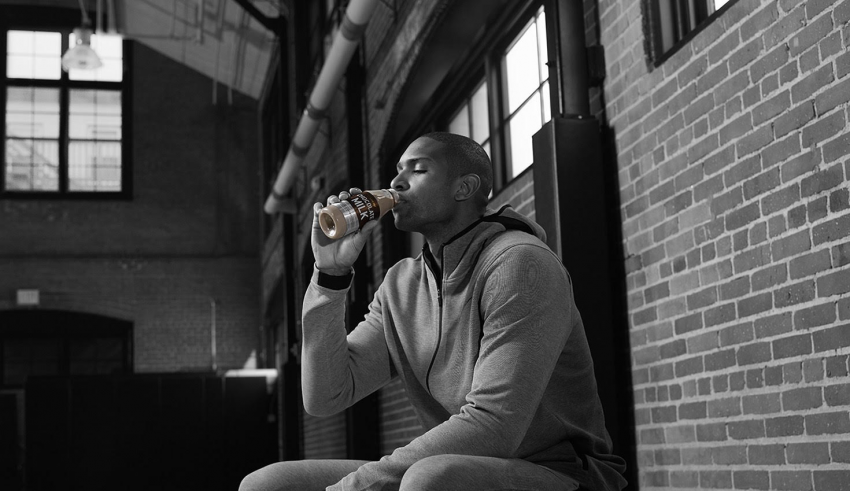 WASHINGTON, Feb. 13, 2019 /PRNewswire/ — Professional basketball All-Star, Al Horford, has a strong history of battling in the paint, both offensively and defensively. A true triple-threat – scoring, rebounding and assisting – Horford has continuously played at a high level, earning the right to be named an All-Star five times, a testament to his balanced approach to recovery and nutrition. As he looks to continue a successful season in the Eastern Conference – and help lead his team to a championship win in 2019 – Horford will show how chocolate milk is key for recovery.

Since entering the league as the third overall draft pick in 2007, Horford has been a force to reckon with, as one of only two players who has earned 11 consecutive trips to the postseason. Horford has dominated on the court, and it had appeared as if nothing could slow his game down until a pectoral injury in 2013 threatened everything, and forced him out for the season and into surgery. With his love for the game in the balance, Horford got serious about recovering the right way, which included switching up some of his nutrition practices. After working with a nutritionist, Horford quickly learned that his body was missing the proper nutrients he needed to recover and added lowfat chocolate milk to his training regimen. Backed by more than 20 studies, real chocolate milk has the high-quality protein to build lean muscle and nutrients to help replenish muscles.

BUILT WITH CHOCOLATE MILK: Posting up with Al

One of the best big men in the league, Al Horford will be the face of the new national BUILT WITH CHOCOLATE MILK TV and digital campaign set to spotlight his balanced approach to performance, recovery and nutrition, debuting on February 14. For the first time, the campaign is bilingual, making Horford the first-ever Hispanic athlete on the roster. Fans will learn his secret to rebounding after strenuous games and workouts and will be able to watch exclusive content featuring the power forward.

“I always drank chocolate milk growing up and I remember my grandmother would always have it when I would visit her in the Dominican Republic – that’s when it all started,” said Horford. “When I moved to the States at 14, my dad and stepmom continued to buy it for me, but as I got older and played more, I gave it up for drinks I assumed were better for performance. I quickly learned that I was lacking in important nutrients, and that water alone couldn’t replenish my body sufficiently. After working with a nutritionist, they turned me back onto chocolate milk, which is now my secret weapon after workouts.”

“Al has a unique story centered on making important nutrition choices, including chocolate milk as his recovery beverage, which we are thrilled to highlight as the cornerstone of the 2019 BUILT WITH CHOCOLATE MILK campaign,” said Miranda Abney, Senior Marketing Director at the Milk Processor Education Program (MilkPEP). “He is committed to what really matters to him – overall balance, his performance on the court and spending time with his family off of it. We are proud to welcome Al to our team.”

With natural, high-quality protein to build lean muscle, fluids and electrolytes to replace what’s lost in sweat, calcium for strong bones, and the right carbohydrate to protein ratio to refuel exhausted muscles – lowfat chocolate milk is the real deal for real recovery. And, not only does chocolate milk have what your body needs to recover post-workout, it’s a delicious, satisfying drink. More than 20 scientific studies, conducted with athletes from sports spanning running, cycling, swimming, rock climbing and soccer, support the benefits of recovering after strenuous exercise with the high-quality protein and other nutrients in lowfat chocolate milk. In fact, drinking chocolate milk after a tough workout could give athletes a performance edge, according to a growing body of research. One study found that following an exhausting ride, trained cyclists had significantly more power and rode faster, shaving an average of six minutes, from their ride time. In a time trial later that same day when they recovered with real lowfat chocolate milk, compared to a carbohydrate sports drink or calorie-free beverage.[i] Other research suggests that including chocolate milk’s high-quality protein as part of a regular workout and recovery routine could support real results through helping athletes gain more lean muscle and lose fat, when compared to athletes who recovered with a typical sports drink.[ii], [iii], [iv]

About the BUILT WITH CHOCOLATE MILK Campaign