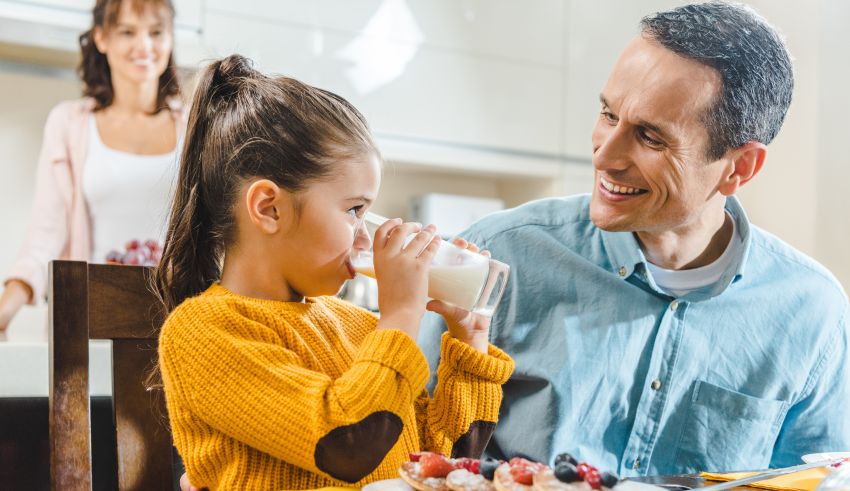 “Today, 20 leading dietitians, physicians and public health experts that comprise the federal DGAC confirmed dairy products should continue to maintain a central, important role in federal nutrition recommendations for people beginning at a very early age and that most Americans should consume three servings of dairy per day. The committee, which evaluates the latest findings and overall bodies of evidence in nutrition science, found strong evidence pointing to positive health outcomes from dairy foods. In fact, the committee considers a diet including low-fat and fat-free dairy, legumes, whole grains, fruits and vegetables the ideal, healthy dietary pattern for all ages.”

“USDA and HHS will use the DGAC’s final scientific report to write the 2020-2025 Dietary Guidelines for Americans—recommendations for Americans’ eating habits that inform standards for federal nutrition programs and dietary messaging.”

“The U.S. dairy industry is pleased to see that the science has once again affirmed the unmatched health and nutrition benefits that dairy products provide to people of all ages. The DGAC scientific report highlighted new evidence strengthening dairy’s role in reducing risk of hip fracture for adults. The experts also for the first time provided new clarity for families with children from birth to 24 months, recommending small amounts of some foods including dairy foods, alongside fruits and vegetables, nut and seed products, and whole grain products, beginning at 6-12 months and continuing thereafter. For toddlers, dairy foods are particularly important for the vitamins and nutrients they provide. This recommendation could not be clearer, demonstrating what the American Academy of Pediatrics has stressed for years, that dairy plays a critical role in the diet of children to bolster long-term health.”

“Once again, the committee found no linkage between consumption of dairy foods and incidences of breast cancer, which should put an end to a longstanding disinformation campaign to alarm and confuse the public. For mothers, the committee dispelled misinformation about dairy’s link to asthma, saying there is no association between a mother’s consumption of dairy and the development of asthma in children.”

“IDFA is disappointed that committee’s report did not include relevant information on scientific studies which show the benefits of dairy at each fat level. There is robust evidence to support the inclusion of dairy foods at all fat levels in recommended food patterns. IDFA encourages USDA and HHS to remedy this oversight in the final guidelines to be released by the end of the year.”

“The conclusions offered today by the Dietary Guidelines Advisory Committee firmly establish dairy as one of the most nutritionally beneficial foods in dietary patterns alongside fruits and vegetables, legumes, and whole grains. IDFA is pleased to see federal nutrition guidance continue to affirm the important nutritional contributions made by dairy foods and remind Americans that a healthy diet includes three daily servings of dairy.”

The National Milk Producers Federation also shared that they are pleased with the final report reaffirming dairy’s crucial role in a nutritious diet, but expressed concern that the committee failed to recognize newer, broader science that shows the benefits of dairy foods at all fat levels.

“The Dietary Guidelines Advisory Committee today restated what consumers already know – that regular dairy consumption offers essential nutrition that nourishes people throughout their lives,” said Jim Mulhern, president and CEO of NMPF, the largest organization of U.S. dairy farmers and the cooperatives they own. “Across different types of diets and throughout all stages of life, dairy products provide the nutrients people need to be healthy.”

But Mulhern said it was disappointing that the committee largely reflected long-held assumptions on saturated fat, despite numerous studies that have called traditional anti-fat guidance into question. “We repeatedly called on the committee to take a fresh look at multiple studies that show beneficial or neutral effects of dairy on chronic disease risk at all fat levels,” Mulhern said. “Unfortunately, the DGAC report does not reflect this newer science.”

The DGAC’s final scientific advisory report, submitted to the secretaries of Agriculture and Health and Human Services and released today, notes that Americans overall need more dairy in their diets, with 88 percent of them falling short of recommendations. That figure includes 79 percent of 9-13-year-olds, who rely heavily on the school-lunch program to meet nutritional needs. The report also highlights dairy’s unique place as a provider of key nutrients that otherwise would be under-consumed in American diets.