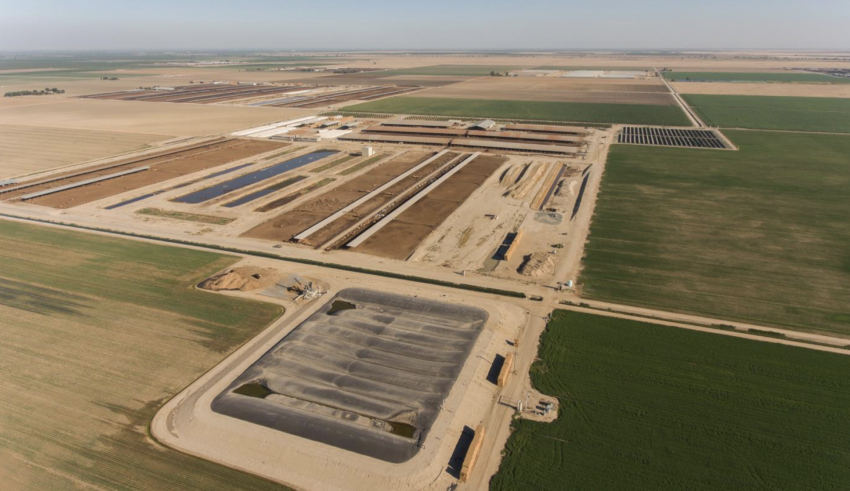 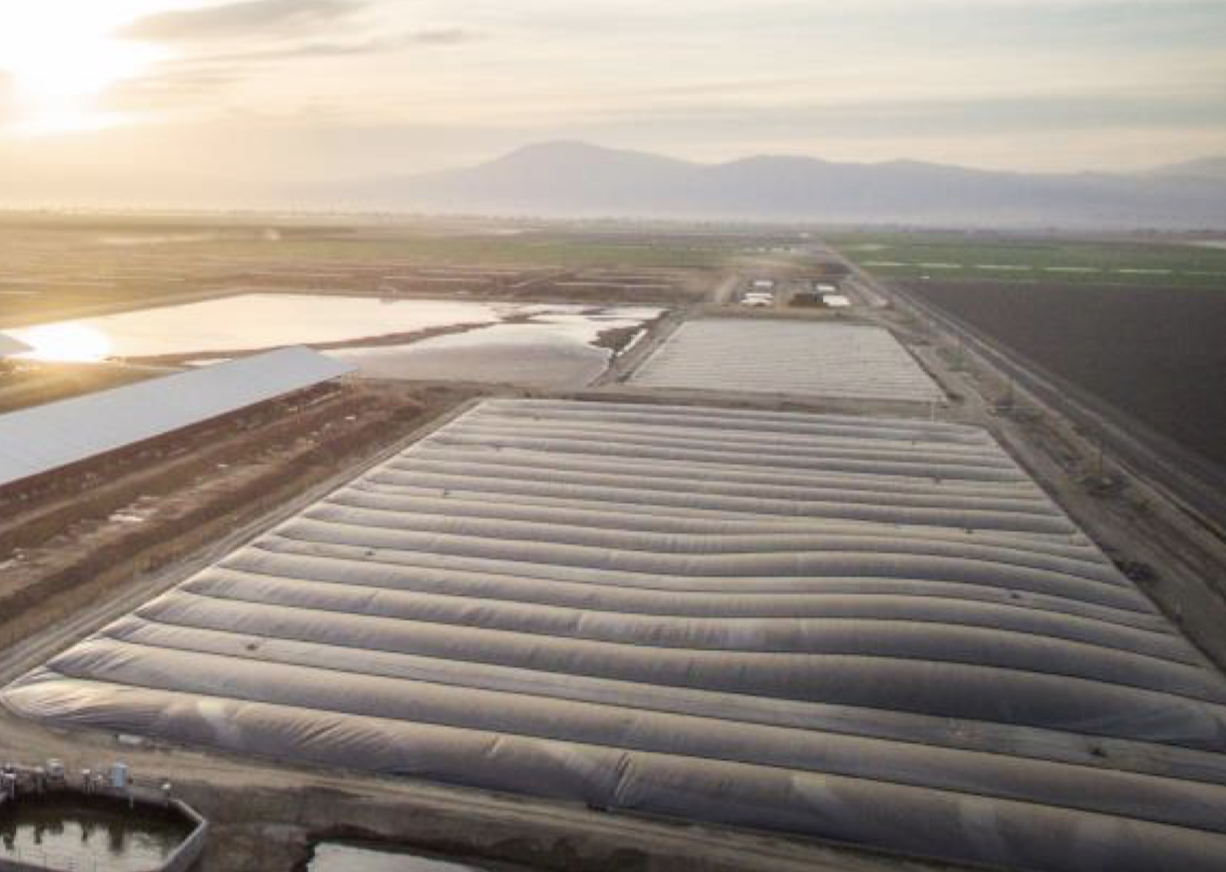 California dairy methane reduction programs are providing a valuable mitigation strategy in the state’s efforts to fight climate change. A growing body of evidence shows that the Dairy Digester Research and Development Program (DDRDP) and Alternative Manure Management Program (AMMP) have proven to be among the state’s most cost-effective approaches for reducing greenhouse gas emissions.

The California Department of Food and Agriculture (CDFA) recently released its 2020 report of dairy digester projects funded through the DDRDP. Anaerobic digesters, like the one pictured here, capture biogas from decomposing manure, which can be used to create renewable fuel or electricity. The 108 dairy digesters funded to date are already reducing 6 percent of the total greenhouse gas (GHG) emissions from all California agriculture. That’s a reduction of 19.9 million metric tons of carbon dioxide equivalents (MMTCO2e) over ten years. Alternative manure management projects avoid the creation of methane emissions by promoting drier handling and storage practices. The AMMP has funded a total of 105 of these projects, which are estimated to reduce about 1.1 MMTCO2e over 5 years. 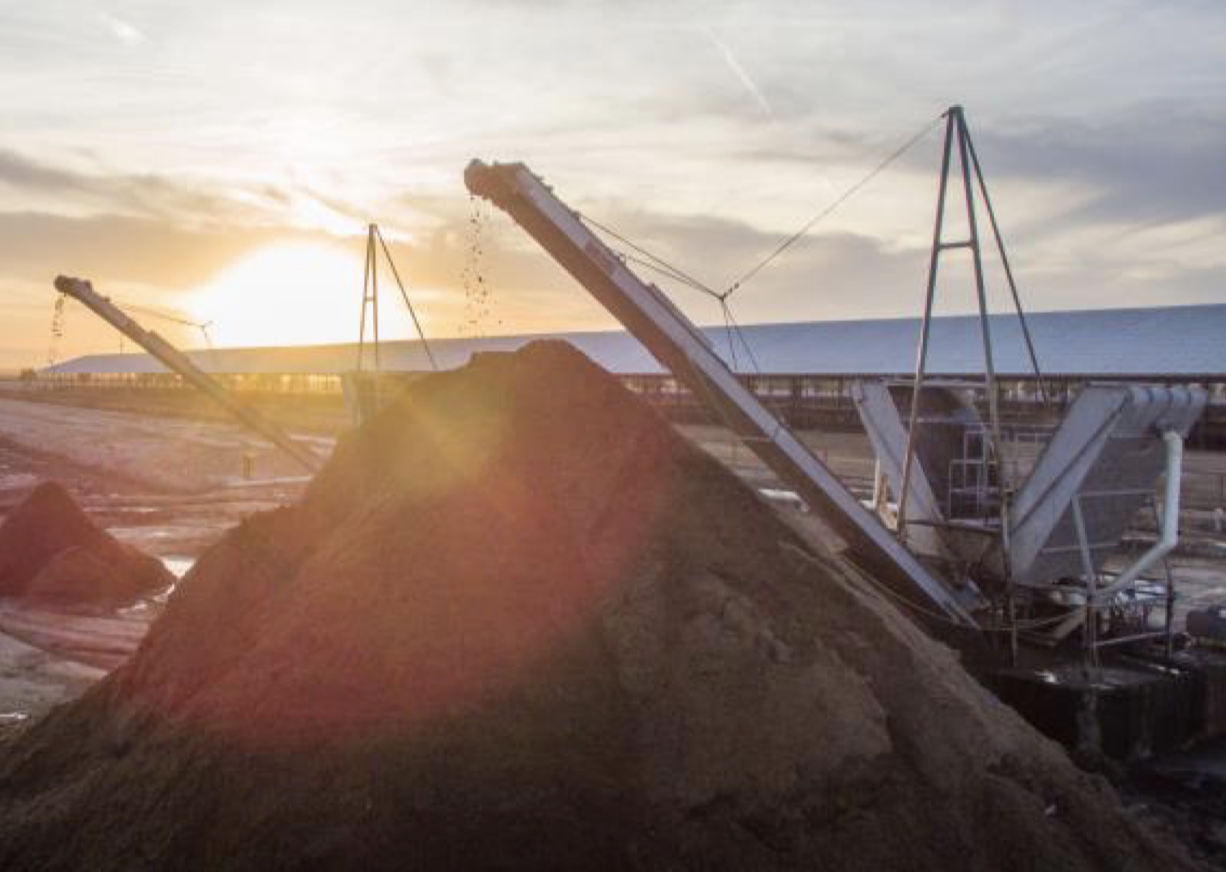 There’s another reason why California’s climate-smart dairy programs stand out: they reduce methane. Unlike carbon dioxide (CO2) and other long-lived GHG’s, methane is short-lived in the atmosphere, which means a reduction can have a cooling effect within a shorter amount of time. Leading climate scientists are now recognizing that reducing methane emissions can quickly stabilize the climate pollutant’s powerful impact and actually help offset the damaging impact of CO2—the state’s most significant GHG—which accumulates and persists in the atmosphere for hundreds of years.

In a recent preliminary analysis of progress, the California Air Resources Control Board (CARB) documented that significant ongoing state incentive funding will be needed to achieve the state’s dairy and livestock methane emission reduction target created by Senate Bill 1383 (Lara, 2016). The analysis verifies that the DDRDP and AMMP have been highly effective. CARB also estimates that an additional $85 million in incentive funding will be needed each year between now and 2030 to make the additional reductions needed. This shows that CARB understands incentive funding remains very important, as the state seeks to reduce methane from smaller dairies. Early incentive funding led to the development of digesters on some of the larger dairies in the state, as these projects were able to demonstrate greater economies of scale. While the total costs of digester projects is less for smaller dairies, the cost per cow is higher. As a result, to be economically viable and successful, adequate incentive funding will be even more essential moving forward.

California’s significant progress on dairy methane emissions reduction has not happened by accident. It has occurred because California had the foresight to structure a voluntary incentive-based approach to prevent the emission leakage that would occur from command and control regulation. The voluntary incentive-based approach—carried out through the DDRDP and AMMP—has worked well, helping take dairy farms more than halfway toward the state’s dairy methane reduction goal. Additional investments will help to not only meet the state’s methane-reduction goals, but also its overarching, ambitious climate targets. 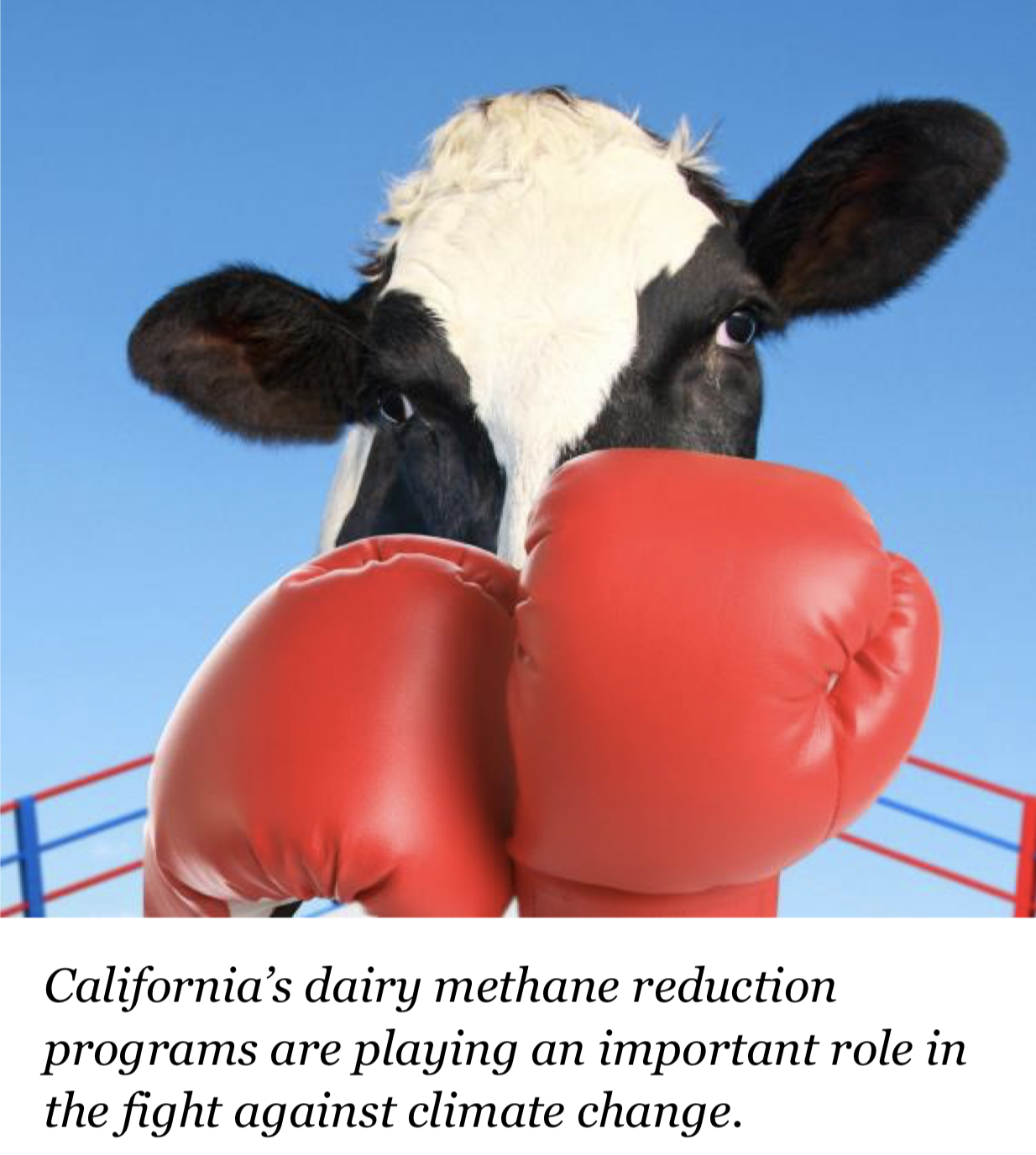