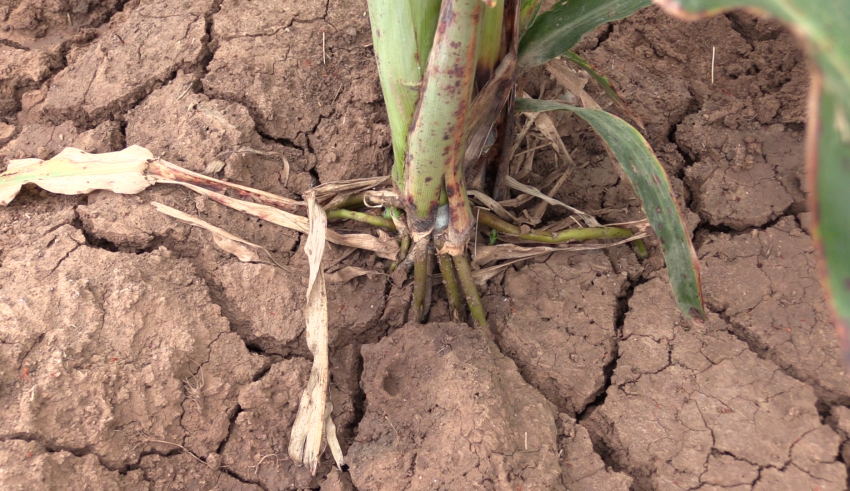 Flavonoid compounds — produced by the roots of some sorghum plants — positively affect soil microorganisms, according to Penn State researchers, who suggest the discovery is an early step in developing a frost-resistant line of the valuable crop for North American farmers.

That is important because sorghum is a crop that can respond to climate change because of its high water- and nitrogen-use efficiency, according to Surinder Chopra, professor of maize genetics, and Mary Ann Bruns, professor of soil microbiology. A close relative to corn, it is the fifth most valuable cereal crop globally.

“Sorghum can be used for human food and animal feed and also can be grown as a bioenergy crop, producing more ethanol than corn when grown on marginal lands,” they said. “Sorghum is better adapted than corn to stresses such as drought, salinity and heat. But increased sorghum production requires increasing its tolerance to chilling and frost stress, and this is especially true for the northeastern U.S.”

To reach its full potential, sorghum needs to grow five months after being planted in the first week of June. If a frost occurs in early October — which is not unusual in the U.S. Northeast — farmers can be devastated. Because sorghum is so sensitive to being chilled, even a mild frost or an early cold snap can kill the crop.

Earlier studies by Chopra’s research group in the College of Agricultural Sciences showed that sorghum produces potent flavonoids in its leaves when exposed to stresses such as fungi, insect feeding or frost. These flavonoids can allow the plant to adapt and survive. Bruns group has been working on understanding soil microbiomes in various stressed ecosystems.

Together, the researchers are testing whether interactions between those flavonoids and microorganisms in the root zone can lead to the development of sorghum varieties and compatible soil microbial additions to provide resistance to cold and frost. A collaborative effort between the two research groups enables them to connect the prevalence of plant-associated microbiomes, plant genetics and flavonoids.

In this study, researchers found evidence that plant genetic variation influences root flavonoids and the composition of the soil microbial community, and that low temperatures affect these relationships. In findings recently published in Phytobiomes Journal, they contend that plant-microbe interactions and secondary metabolite production may be important components to include for selective breeding of sorghum for frost stress tolerance.

“We think that the flavonoids can provide the needed tolerance against the stress of cold and frost,” Bruns and Chopra said. “In addition, certain microorganisms present in the soil can interact with flavonoids to provide adaptability to the plant when it perceives cold or frost above ground.”

Researchers analyzed the community of microorganisms in the soils surrounding the roots to see if the presence or absence of flavonoids in the roots of some of the sorghum plants impacted communities of fungi and bacteria. Lead researcher Mara Cloutier, doctoral candidate in soil science and biogeochemistry, led the evaluation of microbiomes in the vicinity of the roots before and after a late-season frost.

“We found that a greater number of bacterial strains were correlated with total flavonoids compared with fungal species,” she said. “Collectively, this study provides evidence that plant genetic variation influences root flavonoids and the soil microorganism community composition in the vicinity of the plant roots, and that these relationships are affected by frost.”

The Sun Grant Initiative and the U.S. Department of Agriculture’s National Institute of Food and Agriculture funded this research. — By Jeff Muhollem, Penn State University