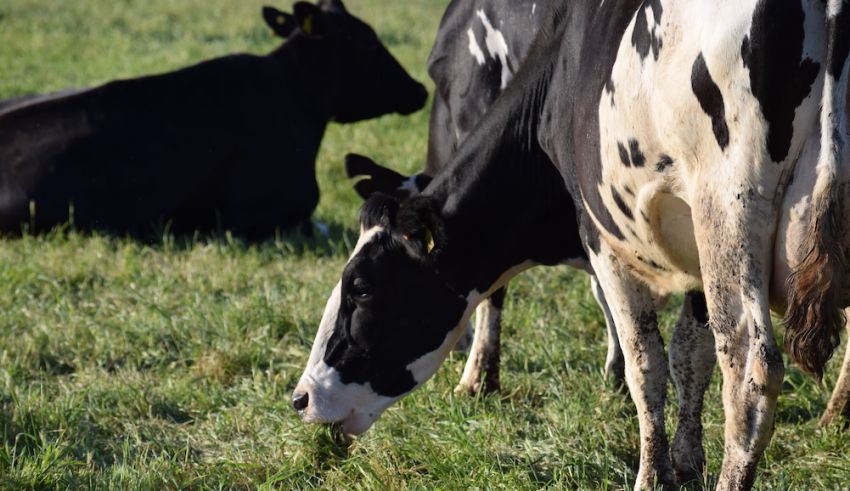 Milk is big business in California. It’s the agricultural product that brings in more farm revenue than any other in the state. It employs about 190,000 workers, and involves 1.78 million cows. Indeed, dairy has been important to California’s economy for decades, and over time innovations in animal husbandry, feeding and in growing crops that dairy cows eat have led to substantial changes in greenhouse gas emissions. Recently, Ermias Kebreab and his colleagues at the University of California, Davis, calculated exactly how much these emissions have changed in the 50 years from 1964 to 2014. Although the total emissions from the state’s dairy industry increased over that period, the state also produced much more milk, and the industry has become more efficient in terms of its emissions.

As well as milk being important to California, California’s milk production is important to the US. The dairy industry has a long history in the state. It’s thought that the state’s export of cheese, for example, began in the year 1800, when a Russian commander called Ivan Kuskow sent produce from Sonoma to Russian settlements in Alaska. In the 25 years from 1975 to 2000, the state’s dairy industry boomed. California went from producing 9.4% to 19.2% of total US milk production, and overtook Wisconsin to become the state that produced more than any other. These days, about 40% of California’s milk leaves the state as different kinds of processed milk product, such as cheese, milk powder, butter, and whey.

Assessing the greenhouse gas (GHG) emissions of this activity requires a lot of data about all of the inputs and outputs of dairy farming. It also requires fairly complex modelling. The research team pulled together data to describe each aspect of four processes—feed production, enteric methane, manure storage, and farm management—as part of a life-cycle assessment (LCA). These kinds of assessments sometimes only consider carbon footprints, but Kebreab and his colleagues opted instead for a more comprehensive analysis that included water and land use. They also opted to run two different LCA models to see how different the results were for different sets of assumptions in the modelling. The first model used primary data from five Californian dairy farms. The second used off-the-shelf numbers from the California Department of Food and Agriculture. Everything was inputted in tremendous detail. For example, separate dietary data were used for calves, heifers, pregnant heifers, close-up heifers, and lactating and dry cows in 1964, and further categories were added for the 2014 analysis.

Overall, the GHG emissions for 2014 on average ranged between 1.12 and 1.16 kg of CO2e/kg of energy-corrected milk, depending on the specifics of the diet modelled. Energy-corrected milk is a standardized way of measuring milk produced, adjusted so that the milks across all cows and farms have the same fat (here, 4%) and protein (3.3%) content. In 1964, the GHG emissions were 2.11 kg of CO2e/kg of energy-corrected milk, so the GHG emissions per bottle of milk have reduced substantially. There have been improvements across the board. Emissions from enteric methane and manure have been cut in the process of producing a unit of milk, as have water use and land requirements. California’s dairy industry has fairly low emissions compared with the same industry elsewhere in the US.

However, not every aspect of dairy farming has improved to the same extent. The team’s models revealed that methane from manure made up about 41% of the industry’s GHG emissions in 2014, compared with just less than a quarter (24.5%) of its emissions in 1964. The root cause of this appears to be the way that manure is commonly managed in the state. It is often stored in “lagoons” as opposed to in solid form, which means that the methane conversion factor from manure is higher than it could be.

Reductions in water use—an important matter in a state that is prone to droughts—have been achieved through more careful farming of crops that comprise animal feed, as well as through genetic improvements that have led to sturdier crops that do not need as much watering. There have also been increased yields in these crops over the years. In turn, the greater yields have meant that the amount of land required to grow enough food to feed a cow for a year has come down.

This assessment points to important successes. Yet it should be considered alongside the fact that the state’s dairy industry grew dramatically during the period studied. The number of dairy cows in California has more than doubled. Many Californians would probably agree that an industry that grows this much has a responsibility to keep asking how it could strive to further reduce its environmental footprint. The value of this study is that it brings answers to this question that farmers can take note of, and that industry organizations, and potentially the government, could take action to support. — By Anna Petherick, University of Oxford & International Milk Genomics Consortium