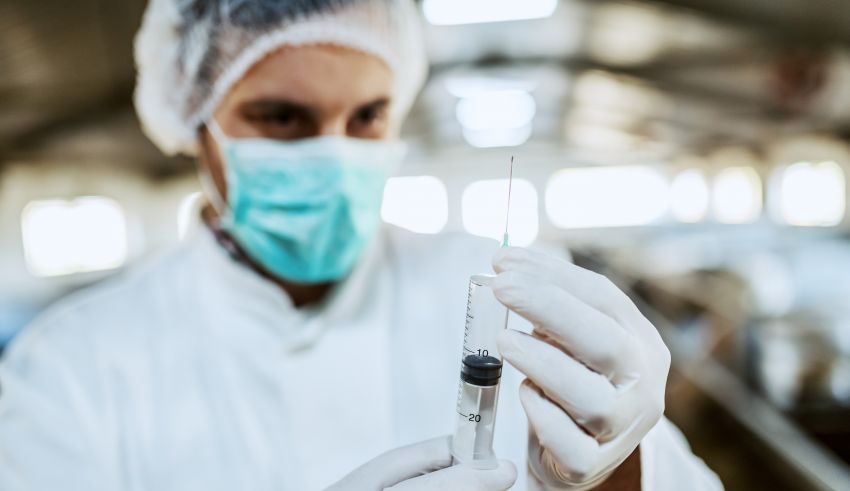 USDA Agricultural Research Service (ARS) scientists and their collaborators continue garnering success in their tests of a compound that could bolster the potency of beta-lactam antibiotics, potentially reducing the dosages required and helping stave off resistance in the germs they’re meant to kill.

According to Neil Price, a chemist with the ARS National Center for Agricultural Utilization Research (NCAUR) in Peoria, beta-lactams are a class of antibiotics widely used in human health, veterinary medicine and agriculture. Many are penicillin- and cephalosporin-based. However, some germs have developed resistance to the drugs, threatening their continued effectiveness in fighting infection and preventing illness. Indeed, the Centers for Disease Control and Prevention estimates antibiotic-resistant germs infect at least 2.8 million people in the United States each year. Of that total, 35,000 people die as a result. For his part, Price has partnered with a team of ARS scientists to bolster the potency of these antibiotics with a rebuilt version of a compound called tunicamycin. In nature, certain types of bacteria secrete tunicamycin in an act of chemical warfare to keep competing microbes from reaching choice resources. Unfortunately, tunicamycin also blocks the activity of a key protein in human and animal cells. To overcome this problem, the team reconfigured tunicamycin with a pair of hydrogen atoms, blunting its harm to human and animal cells but not germs.

In the first round of laboratory trials, mixing the modified tunicamycin with oxacillin and other penicillin-based drugs made them 32 to 64 times more potent. Since then, the team has expanded the list of beta-lactam antibiotics that are synergized by one of two modified tunicamycins: TunR1 and TunR2.

For example, 11 beta-lactams showed a two- to 256-fold increase in potency against Bacillus subtilis bacteria—including a Penicillin-G-resistant strain—when combined with TunR2 in microtiter plate tests. Additionally, Cefquinome (a fourth-generation cephalosporin-based antibiotic commonly used to treat bovine respiratory illness in cattle and ailments in swine) showed a 500-fold increase in potency against B. subtilis when combined with TunR2.

“That synergistic effect is important for both overcoming pathogen resistance to Cefquinome and achieving a potential cost savings from needing 500 times less of it,” said Price, who co-authored a paper published in the August 2019 issue of the Journal of Antibiotics. ARS has also established a Material Transfer Research Agreement with Cayman Chemicals Company of Ann Arbor, Michigan, to scale-up the compounds’ production so that other research groups can evaluate their antibiotic-bolstering effects, especially in the biomedical field.