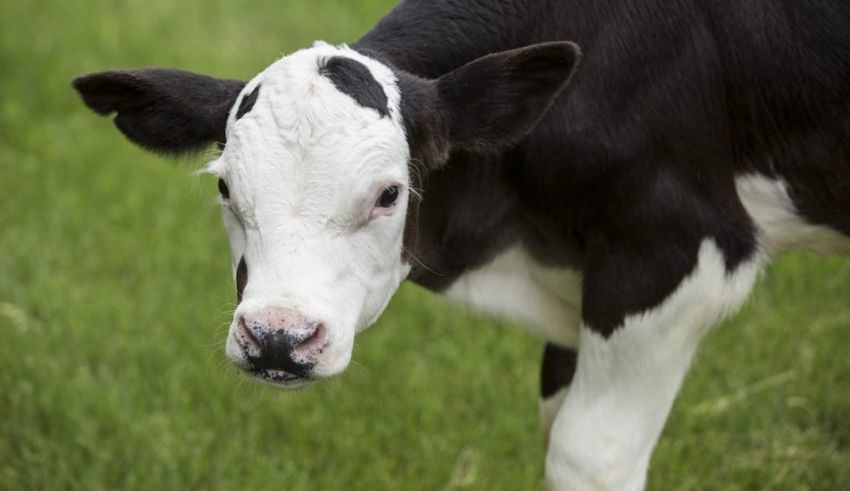 Gene editing can be used to breed dairy calves like Spotigy, above, who lacks horns, eliminating the need for dehorning. A WSU-led research team is studying how consumers’ views on this new technology are formed and influenced.

New technologies have the potential to improve health and wellbeing for humans and livestock, but only if people trust and accept them.

Scientists at Washington State University and partner institutions are studying how interactions with social and traditional media, as well as in person, affect how we feel about a new concept that is accepted by some but mistrusted by others: gene editing.

“I have always been interested in how people accept new technology, and how it can be a game changer,” said Jill McCluskey, a WSU Regents Professor and economist leading the recently launched, U.S. Department of Agriculture-funded study.

“Dairy cattle are dehorned as young animals because their horns can be dangerous to each other and to their handlers,” McCluskey said. “Dehorning is painful and costly.”

Many consumers oppose crops and foods made with genetic engineering, a term that covers a range of technologies. Gene editing involves selective changes to an organism’s DNA, as opposed to genetic modification involving the introduction of DNA from other species.

“In this case, gene editing has resulted in something that’s good for animal welfare,” and that may appeal to people who don’t typically favor genetic experimentation, McCluskey said.

“One consequence of animal welfare interventions becoming controversial when they involve advancing technologies like gene editing is that it can become difficult to apply the technology,” Glazebrook said. “That means animals aren’t spared the fear, pain, and risk of infection that they must suffer in current practice.”

Collecting data through surveys and interviews, as well as using an automated technique called web scraping, the research team will investigate how media, public engagement with experts, and online videos influence consumer acceptance of the new technology.

Their study includes a series of virtual and public events planned this year in California and Idaho, featuring scientists, agricultural producers, and other experts. Attendees will be invited to share their perceptions and responses. A short video will also be created from the presentations, and responses to the video will also be analyzed.

“By comparing responses, we can learn how people view the technology, and understand the way that people’s views interact and influence each other,” McCluskey said.

The insights gained could shed light on how new technologies gain or lose public trust, and how to best introduce potentially beneficial advances.

The project is funded by a $445,000 grant from the USDA’s National Institute of Food and Agriculture. — Washington State University