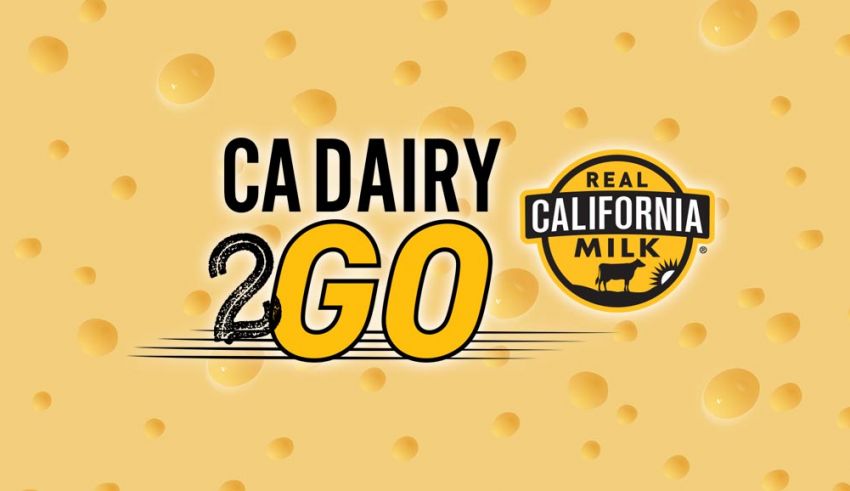 The California Milk Advisory Board (CMAB) today announced the three innovative chefs who took home the ultimate to-go prize of $5,000 each in the inaugural CADairy2GO competition cook-off in Napa. Chefs Carrie Baird of Denver, Colo., Mary Grace Viado of Birmingham, Al., and Brian Mullins of Miami, Fla. took home the top prizes in their category during the first of its kind event at the Culinary Institute of America’s Copia facility.

Inspired by chefs and foodservice operators who made creative adjustments to menus for the takeout and delivery model during the pandemic, the Real California Milk Foodservice Team invited six culinary professionals, selected from 12 semi-finalists, to compete in the cook-off final on July 28th that streamed live on the Real California Milk Foodservice Facebook channel. Two chefs faced off in each of three categories: Cheese+Mac, Cal-Mex and Innovate To-Go with the winners taking home $5,000 each and runners up winning $1,500 each.

A renowned panel of judges – Barbara Alexander, Certified Executive Chef and Certified Culinary Educator from the American Culinary Association; Neil Doherty, Corporate Executive Chef and Sr. Director of Culinary Development at Sysco; and Duskie Estes, Culinary Personality, Chef and Co-owner of Black Pig Meat Co. and MacBryde Farm – presided over the contest and evaluated dishes based on a variety of factors including taste, innovation, and creative use of cheeses and dairy products made with Real California Milk.

The full list of finalists and dishes for the 2021 CADairy2GO Contest is as follows:

Chef Carrie Baird is the owner of Rose’s Classic Americana in Boulder, Colo. She competed on Season 15 of Bravo’s Top Chef, as well as Food Network’s “Beat Bobby Flay.” Most recently she was an “All Star” judge on Top Chef Season 18. 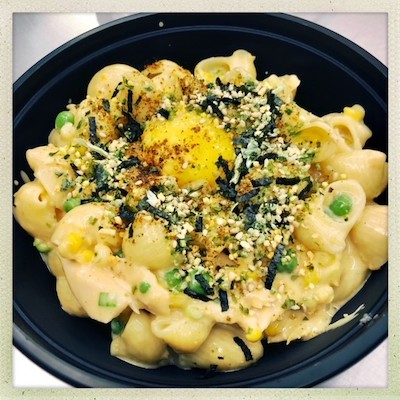 Carrie’s winning Skipjack & Cheesy Mac dish is inspired by what she cooks for herself with a variety of tastes and textures including four California cheeses, skipjack tuna, charred broccoli, peas and corn along with togarashi, sriracha and furikake seasoning. 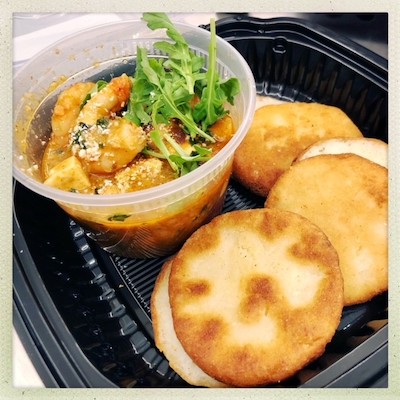 Mary Grace took home the prize for her Mexi-Cali Shrimp Scampi, featuring cubes of blackened California panela and cotija cheeses and served with homemade arepas made with California milk.

Chef Brian Mullins is the owner of Ms. Cheezious® food truck in Miami, FL. He has over 25 years of culinary industry experience and has worked with prestigious brands on over 30 restaurant launches throughout North America, South America, Asia and Europe. Ms. Cheezious® is one of Miami’s most loved restaurant and food truck destinations and has been featured on several national television shows. 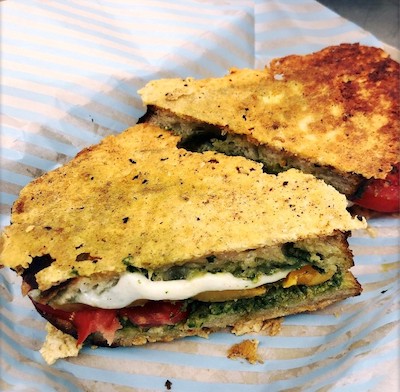 “The entire group of chefs is really the best of the best and brought so many innovative ideas for takeout that consumers would really crave. The winning dishes not only showcased California dairy in creative applications but also how cheese and dairy products as ingredients help elevate everything from comfort to Cal-Mex dishes,” said Bob Carroll, VP of Business Development for the CMAB. “We’re thrilled to be able to amplify and celebrate the creativity of the foodservice community in this way.”

As the nation’s largest dairy state, California boasts a long list of cheesemakers and dairy processors that are further driving to-go dining innovation. California leads the nation in milk production and is responsible for producing more butter, ice cream and nonfat dry milk than any other state. The state is the second-largest producer of cheese and yogurt. California milk and dairy foods can be identified by the Real California Milk seal, which certifies they are made exclusively with sustainably sourced milk from the state’s dairy farm families.

California is a reliable, consistent source of sustainable dairy products used by chefs throughout the world. Check out the CMAB’s REAL Makers chefs who rely on California dairy for their dishes.

The California Milk Advisory Board (CMAB), an instrumentality of the California Department of Food and Agriculture, is funded by the state’s dairy farm families who lead the nation in sustainable dairy farming practices. With a vision to nourish the world with the wholesome goodness of Real California Milk, the CMAB’s programs focus on increasing demand for California’s sustainable dairy products in the state, across the U.S. and around the world through advertising, public relations, research, and retail and foodservice promotional programs.

The Foodservice Division of the CMAB supports foodservice operators and distributors that use Real California dairy products. The CMAB offers marketing and promotional support for foodservice operators that purchase dairy products with the Real California Milk seal, which means they are made with 100 percent milk from California’s more than 1,200 family dairy farms, using some of the most sustainable dairy practices in the nation.

For more information on sourcing cheese from California, contact the foodservice team at 209.883.6455 (MILK), businessdevelopment@cmab.net or RealCaliforniaMilk.com/Foodservice, LinkedIn, Facebook,