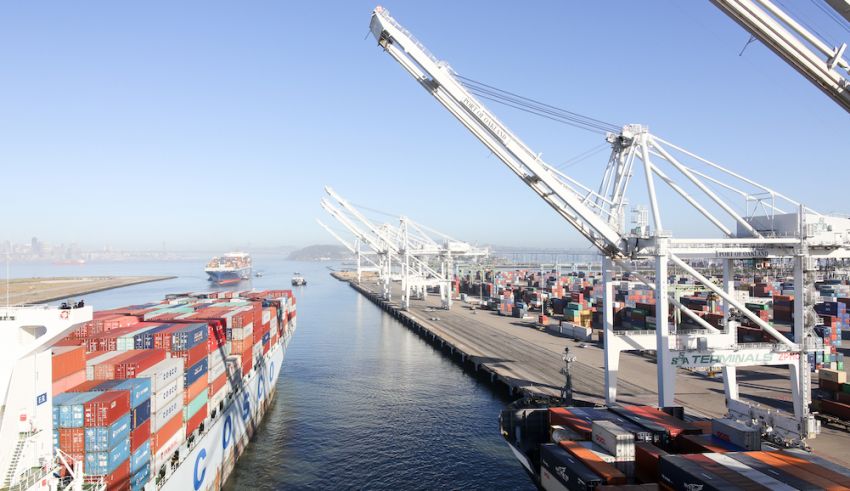 The dairy industry, as well as other exporters, has faced substantially increased costs to ship their goods overseas, challenges obtaining containers and other equipment to deliver their goods to ports and beyond, and often incur booking cancellations or delays for vessel space. Owing in part to the Covid-19 change in American online orders, imports have affected vessel operations and container availability, diminishing export options for American dairy products. Ocean carriers have exacerbated this situation with high detention and demurrage charges, the increased shipment of empty containers back to Asia, and other unfair practices.

The Garamendi-Johnson legislation is the result of a concerted effort by NMPF and USDEC, along with other agriculture producers and exporters, to highlight the challenges U.S. exporters face with port congestion and the unfair practices and charges implemented by ocean carriers. NMPF and USDEC are urging Congress and the executive branch to take swift action to address these critical problems.

The Ocean Shipping Reform Act would provide new authority to the Federal Maritime Commission (FMC) to address unjust and unreasonable practices by ocean carriers. It would institute new penalties against ocean carriers and marine terminal operators for violations of the Shipping Act, require expanded public disclosure from the FMC and carriers, and establish a series of new regulations against unfair carrier practices.

The bill also offers new oversight of carriers’ charges and fees and will permit the FMC to dedicate collected penalties as restitution to impacted exporters. NMPF and USDEC appreciated the opportunity to work closely with both Congressional offices as the legislation was drafted and are pleased to endorse the bill.

“We are grateful for the bipartisan leadership from Congressmen Garamendi and Johnson in developing and introducing the Ocean Shipping Reform Act,” said Krysta Harden, president and CEO of USDEC. “Dairy producers and manufacturers have faced unreasonable costs and unfair practices from ocean carriers that negatively affect U.S. exports, increasing costs and putting at risk established trading relationships. This legislation will hopefully curtail those abuses and encourage better export-oriented behavior moving forward.”

“Dairy exporters have faced unfair detention and demurrage charges, unreliable and unfair booking practices and cancellations, and unwarranted challenges trying to obtain containers and other equipment,” said Jim Mulhern, president and CEO of NMPF. “While some of these challenges are due to Covid-19 changes in retail purchases, carriers have abused the situation to their advantage. Our members need the U.S. government to act, and we welcome the introduction of this legislation as an important, positive step.”

The economic effects from these challenges are significant – the average cost of transporting a container is estimated to have increased by approximately 200% over the past year, while the estimated impacts to dairy producers from just January to May 2021 include over $200 million in added shipping and related costs, approximately 10 percent of the export value during the same period.

This legislation represents an important step toward implementing both short and long-term solutions, yet NMPF and USDEC continue to urge the importance of additional measures as well to address the challenges plaguing U.S. food and agricultural exporters expeditiously and fully. The organizations urged Congress to swiftly approve the Ocean Shipping Reform Act while at the same time championing the need for additional administrative solutions that could be implemented more immediately to address the ongoing shipping crisis.