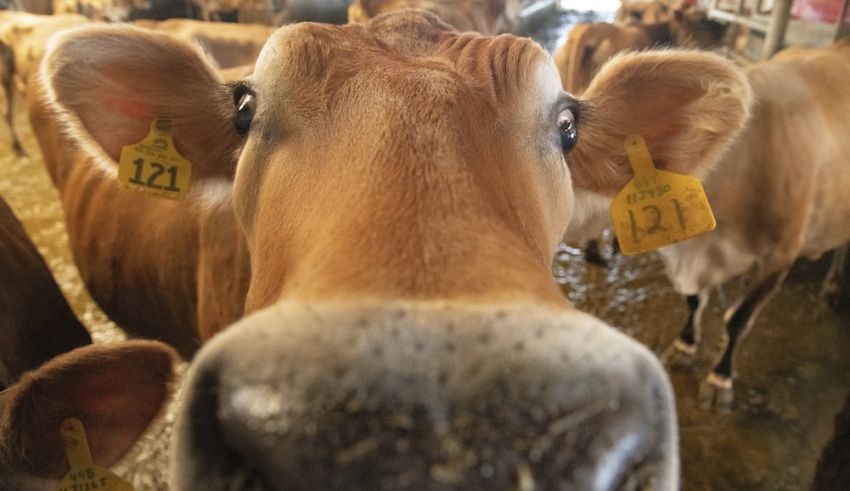 The key claims and takeaways from this virtual event included the following: people within positions of wealth and power need to put both their personal and professional resources toward working on behalf of animals; the animal rights movement allegedly would be decades behind their current status without sharing “graphic” content as promotional tools; activists need to focus on aquaculture and push for federal legislation to protect aquatic species from supposed animal cruelty; and people need to move away from animal products completely.

“An important part of the Alliance’s mission to safeguard the future of animal agriculture is monitoring the activities of animal rights activist organizations,” said Kay Johnson Smith, Alliance president and CEO. “It is important for everyone to be aware of just how far activists are willing to go to achieve their goals of ending animal agriculture and moving people – and even pets – to vegan diets. Our conference reports help our members learn more about the strategies and tactics being employed by these organizations so they can take steps to protect their animals, their operations and their livelihoods.”

Several sessions called for public acknowledgement of aquatic animals as “sentient beings” and the need to elevate them to the same status as humans and other animals. Mary Finelli, president of Fish Feel, stated, “tragically, fishes comprise by far the largest category of functionally-exploited vertebrate animals. They’re subjected to some of the worst abuse, and they receive the least public concern or legal protection.” Kathy Hessler of the Animal Law Clinic, a partner of the Animal Legal Defense Fund, stated her clinic has been working with Animal Equality and Mercy for Animals to draft a humane aquaculture slaughter bill, claiming that “aquatic animals don’t get even the benefit of the minimal protections offered to these other animals that we raise and kill for food.”

The animal agriculture community as a whole was attacked in multiple sessions throughout the event. Karen Davis, president and founder of United Poultry Concerns, claimed that animals are “individuals and have feelings.” Sean Thomas, international director of investigations at Animal Equality (and former undercover “investigator” for the Humane Society of the United States), claimed that the entire animal agriculture community is full of widespread cruelty. “It’s not just one bad farm. It’s the entire industry model,” he argued. The dairy community was criticized by several speakers including Philip Wollen of Winsome Constance Kindness Trust, a venture capital firm focused on “social justice” issues. “I studied the dairy industry, and I concluded that it is the filthiest, nastiest, most egregious form of cruelty in animal agriculture,” he claimed. His final point was that meat and dairy have “no place in civilized society” because “the animal industrial complex is actually a criminal cartel, and if they had to pay for their externalities, they would go broke.”

Several sessions called for more focus on animal agriculture and climate change. Jane Velez-Mitchell, founder of JaneUnchained News, stated, “by eliminating animal agriculture, we can reforest land and it will begin to absorb carbon and immediately reverse the Earth’s temperature.” Christopher Eubanks, founder of APEX Advocacy, stressed the concept of only having one earth and argued going vegan can help the environment. He added, “consuming animal products is one of the biggest contributors to climate change.” Wollen echoed Eubanks’ statement by claiming “greenhouse gas emissions from livestock now vastly exceed those of transport.”

Pet food was also a focus of the event with Shannon Falconer, CEO of Because, Animals, stating that animal agriculture would not exist without the pet food industry purchasing the “unsellable meat” for human consumption. She further claimed that “[pet food] is a white space that needs to be addressed if we’re going to look at and try to eliminate the factory farming industry as a whole.” She continued by pushing the vegan pet food agenda, claiming that antibiotic use would decrease with plant-based and cell-cultured meat used for pet food instead.

As with most animal rights conferences, speakers demonstrated their real agenda is not about animal care, but rather ending the consumption of meat, poultry, dairy and eggs altogether, as evidenced by several speakers calling for everyone to consume a vegan diet. Wollen claimed that “every morsel of meat we eat is slapping the tear-stained face of a hungry child,” and explained that “we are trying to get people off the meat and dairy drug.” In Jackel’s session, she argued, “the healthiest diet is one that doesn’t have meat.” Plant based and lab-grown alternative proteins were positioned as key to ending animal agriculture, with Arturo Elizondo, CEO, Clara Foods (a company working on ‘creating the world’s first animal-free egg white’), stating “we’re all trying to ultimately create a world where we don’t need animals to eat them.”

The 2021 Farmed Animal Conference E-Summit Report, which includes personal accounts of speaker presentations and general observations, is available to Alliance members in the Resource Center on the Alliance website. The Alliance also has reports from previous animal rights conferences accessible to members on its website.

The Animal Agriculture Alliance safeguards the future of animal agriculture and its value to society by bridging the communication gap between the farm and food communities. We connect key food industry stakeholders to arm them with responses to emerging issues. We engage food chain influencers and promote consumer choice by helping them better understand modern animal agriculture. We protect by exposing those who threaten our nation’s food security with damaging misinformation.