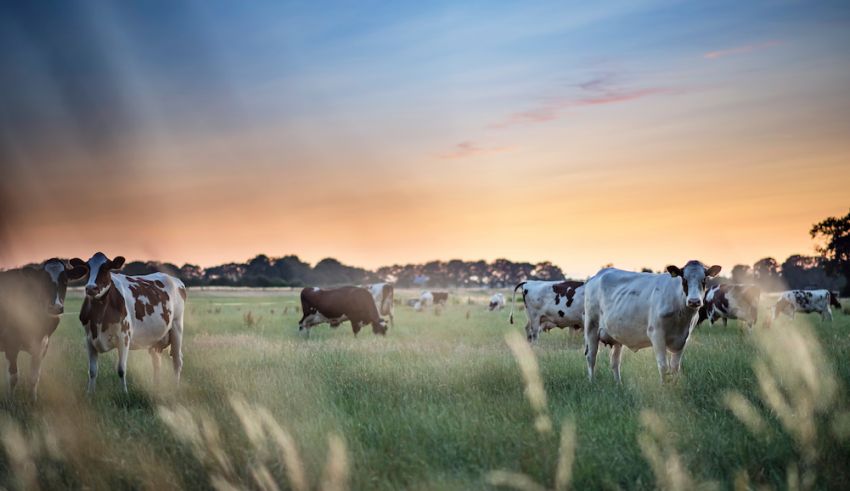 Cows play an integral part in the healthy management of the approximately 6,500-acre Merced Vernal Pools and Grassland Reserve.

That expanse of open rangeland adjacent to the UC Merced campus is a constant reminder of the University’s commitment to offsetting its environmental impact. The land will remain undeveloped forever, as agreed to before campus was built. Now an official part of the UC’s Natural Reserve System (NRS), the land is home to ancient soils, native plants and several endangered species — along with up to couple thousand head of Angus beef cattle and Holstein dairy cows during the grazing season months of late fall to early summer.

Research recently published in the journal Sustainability demonstrates that well-managed cattle grazing supports the conservation of endangered plants and animals. It also helps reduce the fire-fuel load, which Californians know is a critical task every year.

Plus, those cows are cute. They are also often easier to spot than the burrowing owls, fairy shrimp and California tiger salamanders that also share the land, which helps people feel connected to the land, Reserve Manager Joy Baccei said.

“It’s amazing the number of students who want to take selfies with the dairy cows,” she said. “In comparison with the beef cattle, some people say the dairy cows are more like big puppies, in that they are very curious and sometimes playful.”

Every spring and early summer, the black-and-white Holsteins congregate to loaf around the stock ponds and vernal pools, keeping the grasses mowed as they are rotated from pasture to pasture.

“Effectively managed grazing is a sustainable way to control vegetation and maintain the ecosystem for many species of plants and animals. Grazing helps control the non-native annual plants,” wrote Sheila J. Barry, a livestock and natural resources advisor for the Bay Area, in a recent UC Agriculture and Natural Resources newsletter.

“In fact, 89 percent of species positively impacted by livestock grazing benefit from control of non-native species. For example, controlling non-native annual grasses favors native forb or broad-leaf plant populations that support the conservation of 10 different butterfly species and one moth species which rely on forbs for nectar and larvae food,” Barry wrote.

Many native animals, and their prey, are adapted to live in low or sparse vegetation, Baccei said, so grazing helps their habitats and their survival. For example, dense vegetation can make it harder for some animals to see predators that threaten them or crowd out their aquatic breeding habitats. It requires active management and monitoring to strike the right balance between overgrazing and undergrazing.

The Reserve is also home to more than 3,000 vernal pools — one of the largest collections of these unique seasonal wetlands left in the state. The cows tromp around the pools each spring and churn the grass thatch back into the muddy soil, which is good for the soil. They also prevent invasive species from taking over native plant communities.

Because the Reserve is a living laboratory for many of the campus’s researchers, cow encounters are pretty common. It can sometimes be a challenge to get through Reserve gates without letting any cows escape, Baccei said. Cow escapes have happened on occasion, too. Every now and then, Facilities would get a weekend call about a group of stray cows eating the landscaping at the top of Scholars Lane in front of the Lantern.

People driving onto the reserve for approved research or guided tours should be prepared to get a cow posse behind them, and a cow-style car wash. Parked cars intrigue the Holsteins, and they will often lick the cars.

“Student researchers sometimes come back with their cars covered in cow slobber and fur from interactions with the curious dairy cows,” Baccei said.

They’ll also follow people and vehicles, but they typically maintain a skeptical distance. Cows are not dangerous, but curious; however, it’s important to be mindful of belongings around them. Also, it’s important not to approach cows, as they can be unpredictable, and in some instances, aggressive.

The dairy cows can be playful and curious when anything new comes into their world. During some windy days recently, Baccei said a gold mylar balloon sailed into one of the pastures and the young Holsteins got excited.

Some would bravely begin to approach the balloon, but as soon as the wind picked it up again, they ran off, which was a hilarious sight, she said.

“The dairy cows are very curious about us, too,” Baccei said. “When researchers are out there doing water, soil or botanical sampling, the cows come and find us. They will often gather around the researchers like they are learning to collect scientific data. We joke and call them ‘Our Interns.’ They really are very lovable, but we have to be watchful because they can be disruptive.”

The Holstein dairy cows and Angus beef cattle belong to an organic dairy in Snelling. Baccei said the cows’ owners and the UC work together on adaptive grazing management to make sure environmental goals are met.

“We have a long-range plan for the Reserve, and grazing management is always going to be part of it, although the approaches we use may change,” she said. — By Lorena Anderson, UC Merced