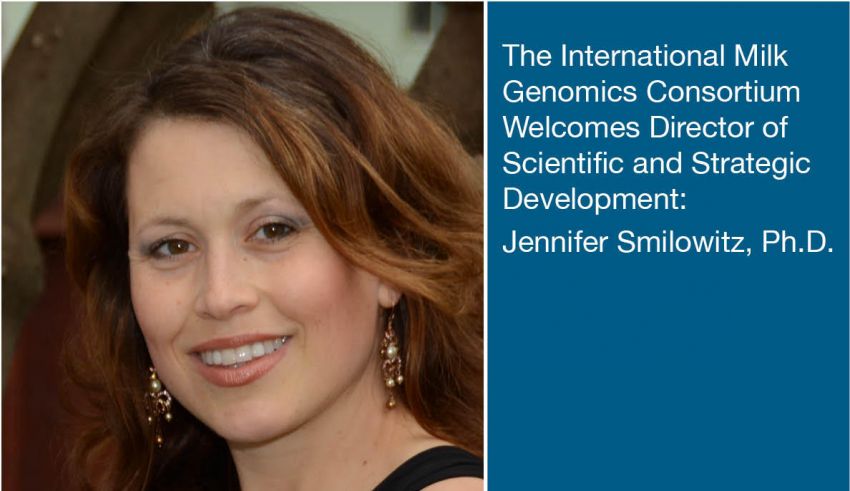 The International Milk Genomics Consortium (IMGC) announced the hiring of Jennifer Smilowitz, Ph.D. as its Director of 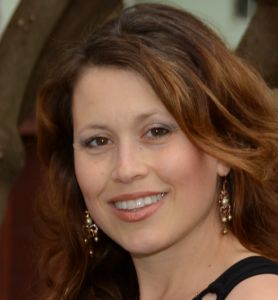 Scientific and Strategic Development. The IMGC has established an inspiring vision to join mechanistic milk science with the innovators who bring science to practice. Its monthly publication, SPLASH!® reviews findings from current scientific articles on milk and lactation and has more than 1,700 subscribers along with thousands of social readers. Its annual Symposium joins together more than 85 international scientists, experts and innovators from varied disciplines, as well as industry, to share emerging scientific trends and findings in the study of lactation and milk.

“Jennifer Smilowitz is uniquely qualified to guide the next exciting phase of the IMGC,” said Bruce German, Ph.D., founding member of the IMGC and director of Foods for Health Institute, Department of Food Science and Technology, University of California, Davis. “She has an impressive history of mechanistic research science combined with clinical research studies. Few people in the milk world have as much success in building new knowledge and bringing that science to commercial reality.”

Smilowitz attended the inaugural IMGC Symposium in Napa, CA in 2004 and has since participated as either an attendee or invited speaker. As a result, Smilowitz has engaged in active collaborations with other attendees that have generated over 20 publications and demonstrated clinical safety and efficacy for several new products either in or on their way to the marketplace.

“The tools of modern science are accelerating our understanding of mammalian genomics and lactation,” said Smilowitz. “Understanding the functions and impact of milk on, and innovating novel, effective approaches in science for, human health require cross-disciplinary and multi-collaborative approaches.”

Smilowitz plans to use her first-hand experiences with the IMGC and her extensive background in milk and lactation research to further improve the profile of the IMGC and the successful networking environment that has been established.

Smilowitz is a faculty affiliate in the Department of Food Science and Technology and Associate Director of the Human Studies Research Program for the Foods for Health Institute at UC Davis. She holds a doctoral degree in Nutritional Biology with an emphasis in Endocrinology from UC Davis and is a fellow of the UC Davis School of Management.

To learn more about how you can interact with the IMGC or its annual Symposium, please contact Jennifer Smilowitz, Ph.D. at jsmilowitz@milkgenomics.org

The mission of the IMGC is to provide a collaborative, interactive, and pre-competitive platform for the scientific community and industry to accelerate the understanding of the biological processes underlying mammalian milk genomics and facilitate the transition of that knowledge into usable benefits for human health. The IMGC is managed by the California Dairy Research Foundation. Read the recently published account of the impact of the IMGC at The collaborative effect of scientific meetings: A study of the International Milk Genomics Consortium. For more information visit www.milkgenomics.org.