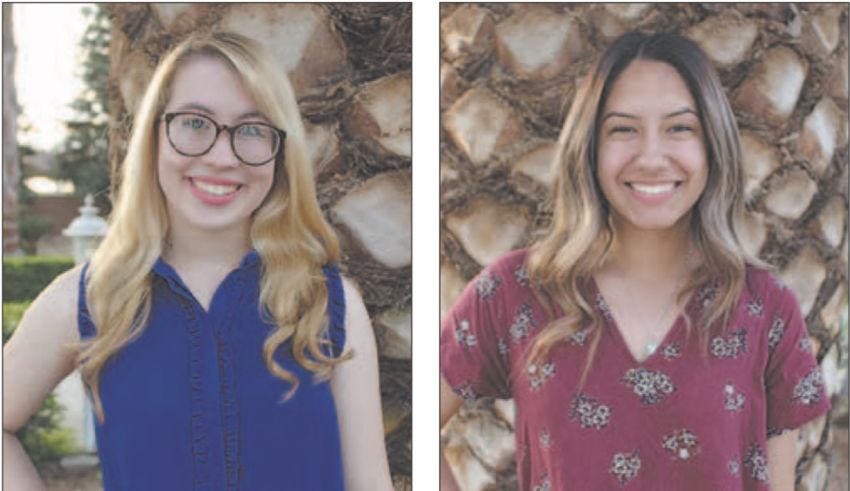 Siena Rollin was selected as the 2019 Dairy Princess for the California Milk Advisory Board’s (CMAB) District 8. The crowning took place before a crowd of approximately 100 dairy industry members and their families and friends, on Thursday, May 2, 2019 at the C.P.D.E.S. Hall in Fresno.

Retiring Dairy Princess Monserrat Vazquez turned the title over to Siena and wished her success as she represents the California dairy industry throughout the coming year.

Siena will represent District 8, which includes Fresno and Madera counties. As Dairy Princess, she will play an important role on the CMAB’s Communications Services team in meetingcommunity relations objectives.

Siena is the daughter of Donny and Christina Rollin of Riverdale. She is a junior at Riverdale High School and is active in both 4-H and FFA, holding officer positions in both organizations. Siena shows dairy cattle at the Big Fresno Fair, is on the dairy cattle judging team and works on her family’s dairy. 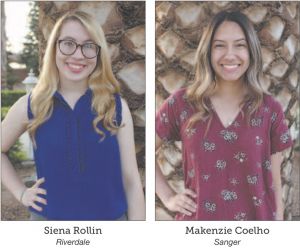 First Alternate, Makenzie Coelho, is the daughter of Robert and Mary Coelho of Sanger. She is a senior at Sanger High School and plans to attend California State University, Fresno in the fall to major in dairy science. Makenzie is an active member of Sanger FFA and has shown dairy replacement and prospect heifers for the past two years. She is also enrolled in the Wonderful Ag Pathway through Sanger High School, a grade 9-12 Plant Science pathway that provides students with an opportunity to gain skills and work experience within the agricultural setting.

Makezie will assist the new District 8 Dairy Princess in her duties, which include speaking on behalf of the California dairy industry at schools, service clubs, with the media, and at numerous public events throughout the year.

In addition, the Dairy Princess and her Alternate will attend a training session focused on presentation development, advocating for the California dairy industry, leadership and etiquette.

Along with the excitement of naming a new dairy ambassador, the District 8 Dairy Princess Committee announced a new memorial scholarship in honor of Paul Rollin to Makenzie Coehlo and Siena Rollin. Paul Rollin was a dairy farmer from Riverdale who was a board member for CMAB and a supporter of the District 8 dairy princess program for many years.

The Master of Ceremonies for the contest was Hal H. Bolen II of Fresno. Contestants were judged on poise, personality, speaking ability, education and dairy background. Judges for the contest were Maureen Lemos of Waterford, Eileen Martinho of Tulare and Joanne Verstuft of Hanford. The event chairpersons was Lucy Areias of Fresno and Melannie Rollin of Riverdale. The Dairy Princess Contest was catered by Ed’s Catering of Hanford and photos were by Ashley Loyd photography of Riverdale.