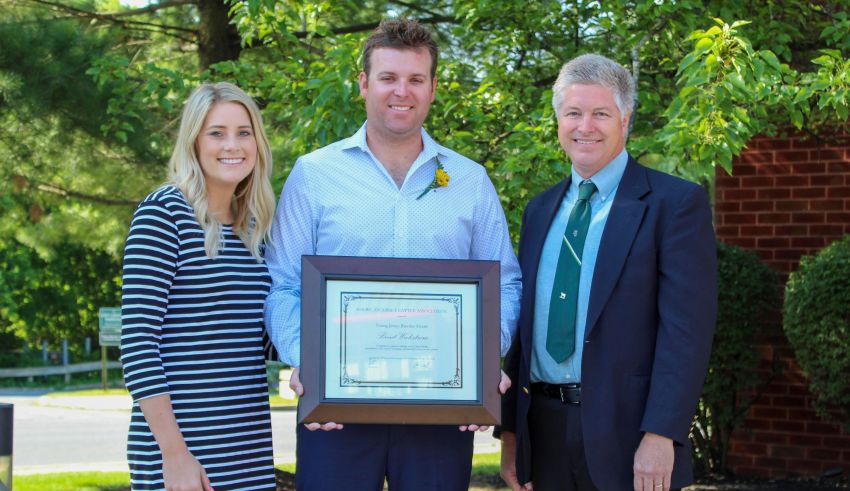 The Young Jersey Breeder Award is presented to individuals or couples who are at least 28 years old and under the age of 40 on January 1 of the year nominated, who merit recognition for their expertise in dairy farming, breeding Jersey cattle, participation in programs of the American Jersey Cattle Association and National All-Jersey Inc., and leadership in Jersey and other dairy and agriculture organizations.

Wickstrom is the third generation to operate Wickstrom Dairy Farm alongside his father and grandfather. He manages the reproductive and mating decisions with an emphasis on high production and components with a long productive life and high reproductive efficiency. They have a current actual rolling herd average of 19,043 lbs. milk, 939 lbs. fat and 729 lbs. protein on 2,403 milking cows.

Under Wickstrom’s guidance, the herd began an IVF program in 2014 with the goal to improve GJPI using embryos from the highest genetic value animals based on genomic merit. Since then they’ve done about 1,000 embryo transfers each year. They have also established an IVF collection center on-site at the dairy and hold oocyte collections every other week. The animals created via IVF average +250PTAM, +12PTAF and +10PTAP higher than their natural conception herdmates.

A graduate of Cal Poly San Luis Obispo, Wickstrom earned his degree in dairy science with a minor in ag business and crop science. During his college career, he was active with Los Lecheros Dairy Club and Dairy Challenge. He is a sire committee member of Jerseyland Sires and in 2018 received the California Jersey Association Young Jersey Breeder Award.

The American Jersey Cattle Association was organized in 1868 to improve and promote the Jersey breed. Since 1957, National All-Jersey Inc. has served Jersey owners by promoting the increased production and sale of Jersey milk and milk products.