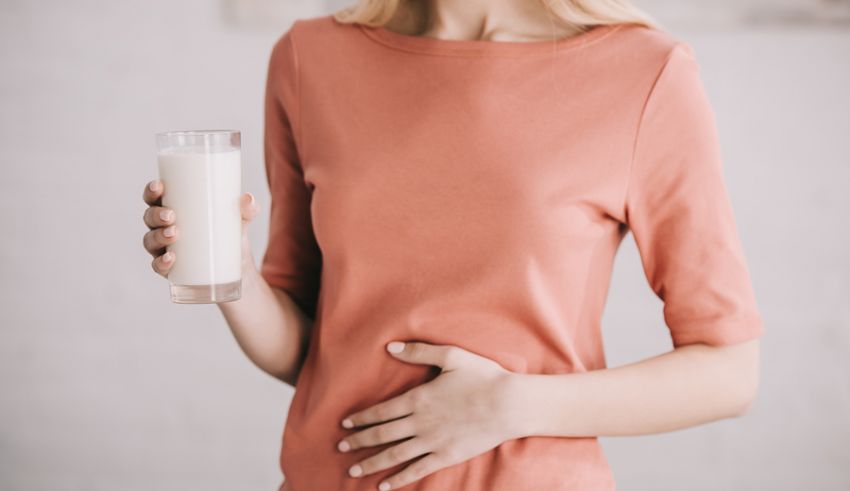 Dairy foods are probably best known for their beneficial effects on bone health. But the same vitamins and minerals from dairy that help to build and maintain strong bones—calcium, phosphorus, magnesium, zinc, and riboflavin—may also have a positive influence on the symptoms of pre-menstrual syndrome (PMS). Expanding on previous research that found as association between increased calcium intake and decreased risk of PMS symptoms, a new paper from a team of Turkish researchers suggests the suite of micronutrients provided by dairy may be successful at alleviating both the emotional and physical symptoms of PMS.

Nutrients, Neurotransmitters, and Hormones (Oh My!)

Most people probably know that the nutrients from the foods they eat can influence their blood pressure and cholesterol. It might be less obvious, however, that there is a link between nutrition and emotional wellbeing. But nutrients, including vitamins and minerals, can influence (and are, in turn, influenced by) the action of hormones and neurotransmitters.

Calcium plays a role in the synthesis of serotonin, a neurotransmitter that is involved in regulating mood. Hormones, particularly estrogen, have an indirect link to serotonin production because estrogen regulates how calcium is metabolized and absorbed. Estrogen levels increase just before ovulation, which occurs approximately 14 days into the menstrual cycle. This dramatic increase in estrogen is associated with a decrease in calcium, which in turn leads to a drop in serotonin. As a result, many women experience symptoms during the pre-menstrual part of their cycle (approximately days 14–28) similar to those of hypocalcemia, including depression and anxiety.

This link between estrogen, serotonin, and calcium prompted numerous studies that investigated the efficacy of calcium supplementation to treat PMS symptoms. Overall, calcium supplementation was associated with a decrease in PMS symptoms, particularly those related to emotional wellbeing. These results suggest that the cause of PMS may be calcium deficiency due to changes in ovarian hormones during the menstrual cycle.

But calcium is not the only micronutrient linked to depression; depressive symptoms have also been linked to insufficient intake of phosphorus, magnesium, and several B vitamins. For example, riboflavin also influences serotonin production because it activates vitamin B6, which is required to convert the amino acid tryptophan to serotonin. Because dairy foods provide many of these other potentially important nutrients, and also calcium, a new study investigated how effective an adequate dairy intake was at alleviating symptoms of PMS.

The 31 study participants were all women between the ages of 20 and 28 that had doctor-diagnosed PMS and were consuming less than the recommended daily amount of calcium. Sixteen women were randomly placed into the intervention group, where the goal was to meet the recommended daily intake of calcium (1000 mg) for two months by consuming at least 80% of the calcium from dairy products. To meet this goal, the participants were instructed to consume at least 400 ml of cow milk (just over 1.5 cups) and 150 g of yogurt (a little over 0.5 cup each day, and were supplied daily with 50 g (approximately 2 ounces) of kasseri cheese (a Turkish cheese made from cow’s milk). The control group (15 women) was instructed to maintain their usual diet.

PMS symptoms were assessed at both the beginning and end of the two-month intervention using a Premenstrual Syndrome Evaluation Scale and a Quality of Life Scale. Between baseline and post-intervention, scores on the Premenstrual Syndrome Evaluation Scale significantly decreased, whereas those on the Quality of Life Scale significantly increased. In contrast, no significant difference in either scale was found for the control group.

Certainly, these differences may be the result of only the difference in calcium intake. Based on a three-day diet assessment at the end of the study, the average calcium intake for the intervention group was just over 1200 mg, whereas the control group was just under 500 mg. But the authors believe that the potential influence of magnesium, phosphorus, zinc, iron, and B vitamins supplied by the various dairy products should not be overlooked. Magnesium is known to reduce pain from menstrual cramps and tension headaches by relaxing muscles and ensuring vasodilation, low zinc intake is believed to be a risk factor for PMS, and riboflavin and iron are required micronutrients in serotonin synthesis. The daily intake of all of these micronutrients increased in the intervention group compared with the controls.

Unfortunately, this study did not include a calcium supplement group, making it difficult to determine if the improvement in PMS symptoms and overall quality of life achieved in the dairy group was similar to, less than, or greater than what has previously been observed for calcium supplementation. But for the 30% of reproductive-aged women that suffer from PMS (and the nearly 90% who report having occasional PMS symptoms) this study’s positive findings suggest that lifestyle changes as simple as meeting recommended daily intakes of vitamins and minerals offer the potential to improve their emotional and physical wellbeing.