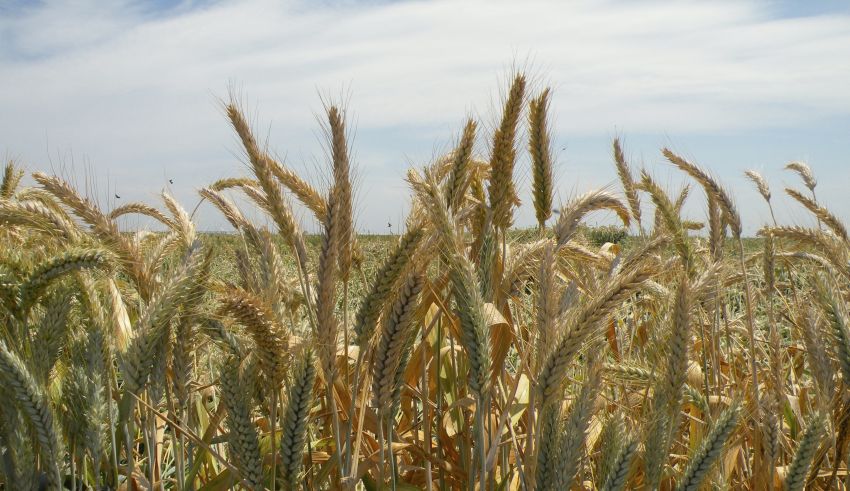 Israel is almost completely dependent on imports to meet its grain and feed needs. In recent years, dried distillers grains with solubles (DDGS) and corn gluten feed (CGF) imports have increased significantly. FAS Tel Aviv (Post) forecasts Israel’s imports of wheat – primarily feed wheat – in market year (MY) 2020/21 to reach 1.79 million metric tons (MMT), up 11 percent from Post’s MY 2019/20 figure. In MY 2019/20, U.S. wheat accounted for 11 percent of the market, up 4 percent from the previous year. Post forecasts Israel’s imports of corn in MY 2020/21 to reach 1.74 MMT, of which 147 thousand metric tons (TMT) are expected to be of U.S.-origin. In recent years, corn imports originate mainly from Ukraine, Argentina, and Brazil. Post forecasts this increase in grain and feed imports due to expected demand by the feed sector in the Palestinian Authority (PA).

FAS Tel Aviv (Post) forecasts Israel’s wheat production in MY 2020/21 (July-June) to reach 85 TMT, up 13 percent compared to 75 TMT in marketing year 2019/20. Though wheat production is forecast to be higher, it is still much lower than normal given Israel’s ten-year average is about 107 TMT. Israeli wheat is dependent on rainfall. Post attributes the production increase in MY 2019/20 to higher precipitation during the winter with no extremes. However, political protests in some of the growing areas where Palestinian protestors burnt some 400 hectares of wheat fields along the Gaza Strip border, limit the production gains. Post forecasts Israel’s imports of wheat in MY 2020/21 to reach 1.79 MMT, up 11 percent from Post’s MY 2019/20 figure. Post anticipates the increase primarily in the form of feed wheat which may be substituted for other grains due to pricing. The Israeli feed mills alternate between the different grains according to their prices.

Israel is an insignificant producer of corn. No corn is cultivated for feed use. Post forecasts Israel’s corn consumption in MY 2020/21 (October-September) at 1.73 MMT, up around 5.4 percent or increasing 89 TMT compared to the 2019/20 figure. Consumption will fluctuate somewhat mainly influenced by grain prices. Corn is the main commodity used by Israel’s feed industry. Poultry and egg production drives consumption followed by dairy, turkey, and other ruminants. Post forecasts Israel’s imports of corn in MY 2020/21 to reach 1.74 MMT, of which 147 TMT are expected to be of U.S.-origin. In recent years, corn imports originate mainly from Ukraine, Argentina, and Brazil. Marketing year 2019/20 saw imports of 200 TMT of U.S.-origin corn, up 66 TMT compared to the previous year.

Israel is almost self-sufficient in milk, poultry, and certain fruits and vegetables, but remains highly dependent on imports of many grains, feed products, and oilseeds. Israel has limited arable land suitable for agriculture and grazing. The water used for field crops is limited, expensive, and tightly controlled by governmental quotas. Precipitation is low in most of the country, and the arid conditions limit rain-fed agriculture. Farmers prefer to use their land and water resources for cash crops and for crops with low water demand. This will not change in the near future and Israel will continue relying on grain and feed imports. Due to the growing population, future demand for grains and feed will increase in the coming years.

In MY 2020/21, FAS Tel Aviv forecasts wheat production of 85 TMT, which is 13 percent higher than the 75 TMT of wheat production in MY2019/20. The increase in MY 2019/20 production was a direct result of high precipitation during the normal winter season with no extreme weather. However, combined with political protests in some of the growing areas, it led to early harvest of the fields for silage use to limit the burning of fields. Palestinian protestors burnt some 400 hectares of wheat fields along the Gaza Strip border. The ten-year average wheat production was 107 TMT.

Current precipitation and soil moisture distribution are well above the annual averages in the central and northern parts of the country. Post expects the high rainfall in the south and the farmer’s intentions to harvest green for silage along the Gaza Strip to have some impact on total production. Post forecasts MY 2020/21 production levels to be 22 TMT lower than the 10-year average. While in any given year about 100,000 ha of wheat are planted, only about 70 percent are harvested for milling while the remainder is used as fodder for livestock feed. Post anticipates these levels to remain steady this year.