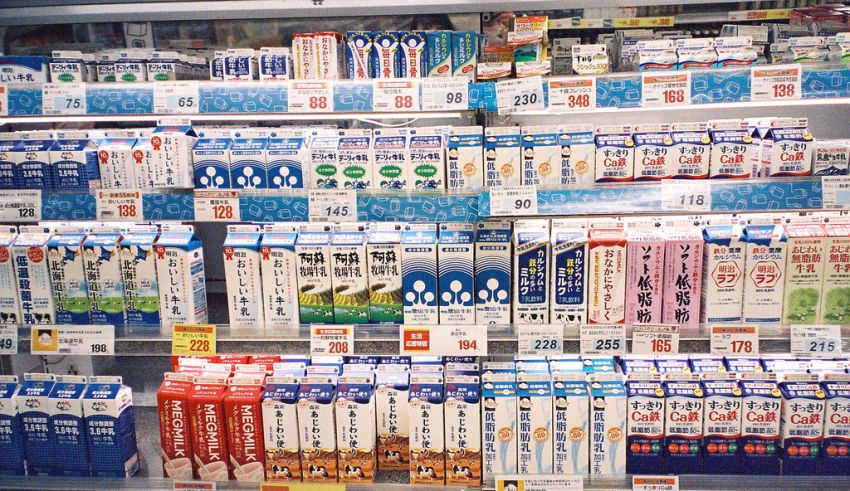 The Government of Japan announced increased support for dairy farmers and processors to mitigate impact of reduced milk consumption in schools following the government’s decision to close schools due to COVID-19. Approximately 10 percent of drinking milk in Japan is diverted to school meal use. The support program is budgeted at $21.5 million and will provide price supports for excess milk diverted to further processing and nonfat dry milk diverted to animal feed.

In late February, the Government of Japan announced its recommendation that all public elementary, junior high, and senior high schools should close for approximately two weeks beginning March 2, 2020 to stop the spread of COVID-19. Industry sources indicated that this would put severe downward pressure on milk prices as nearly 10 percent of domestic milk production is diverted to school meal programs. As a result, on March 10, the Ministry of Agriculture, Forestry and Fisheries (MAFF) announced new temporary support measures for dairy farmers and processors to manage excess milk supplies and stabilize prices. The budget for the support program was set at $21.5 million (2.3 billion yen) and will be managed by the Agriculture and Livestock Industries Cooperation (ALIC), a state- trading enterprise, in coordination with farmer and industry associations. The program has two price support mechanisms (see Chart 1). 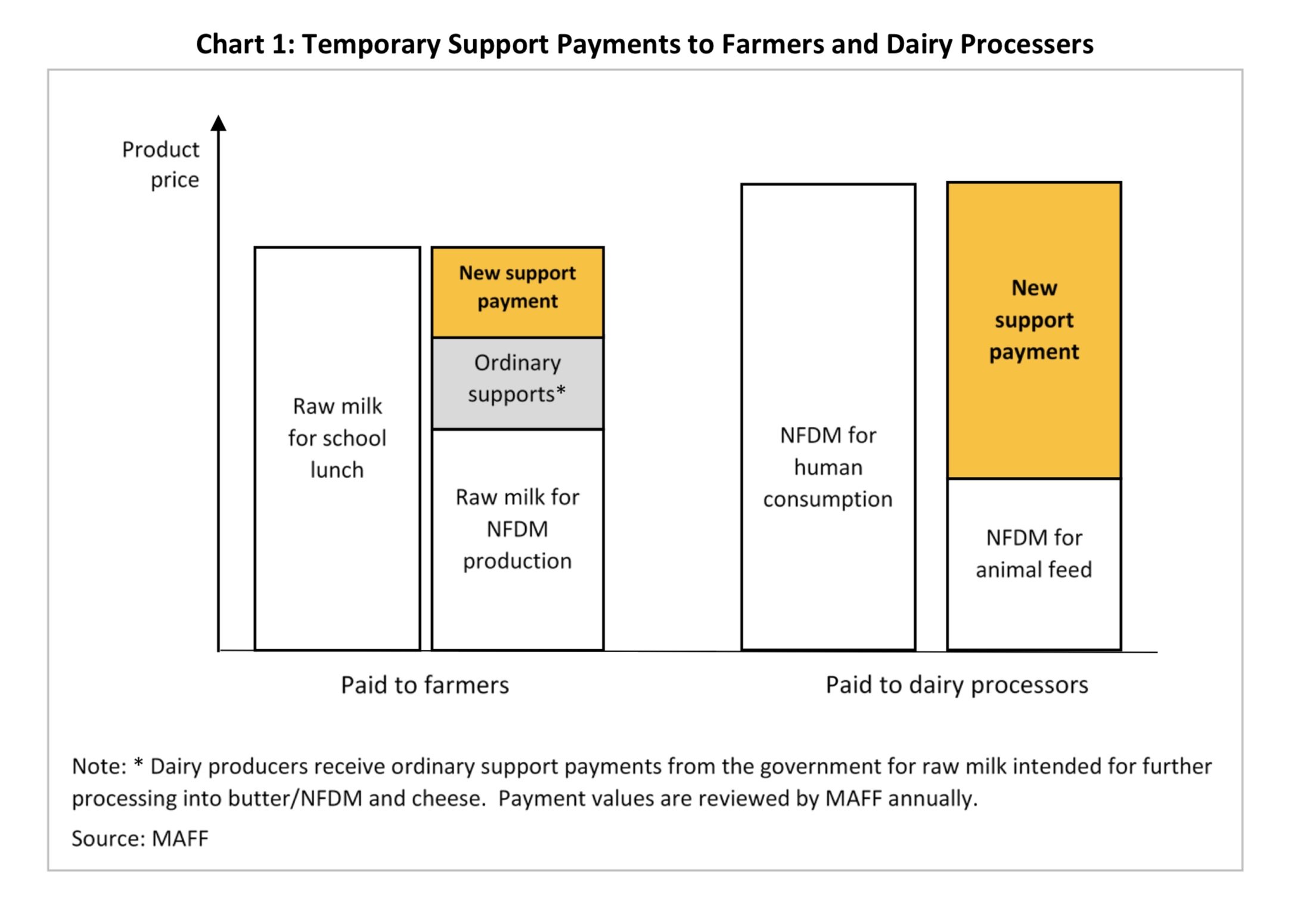 Farmers will receive payments for excess milk volumes that are diverted to further processing. The value of payments will equal the difference between the price normally paid to farmers for milk for school-use and the price paid for milk for further processing. Prices vary depending on the region, however FAS/Tokyo estimates that the price difference could be around $0.33 (35 yen) per kilogram. FAS/Tokyo estimates that total payments to farmers could range between $8 million and $10 million. Industry sources anticipate that most excess milk will be further processed into butter and nonfat dry milk (NFDM).

Dairy processors will receive payments for NFDM sold for animal feed. NFDM stocks are already at near-historic highs in Japan due to lower than expected consumption in 2019 (see JA2020-0027). In January 2020, NFDM stocks were 72,802 MT, up 14 percent higher from the previous year. Increased diversion of fresh milk to further processing will push stocks even higher. To encourage processors to unwind excess NFDM stocks, ALIC will issue payments to raise the price received for NFDM sold for animal feed equal to the price for NFDM sold for human consumption. FAS/Tokyo estimates these payments to be worth around $4.67 (500 yen) per kilogram. The total industry-wide volume of NFDM eligible for payments will be capped at 2,560 MT, which MAFF estimates to be the amount of NFDM produced as a result of excess school-use milk. Payments to processors will also help cover extra costs for inventory management, transportation, and administrative costs for managing school lunch milk that was already packaged prior to the school closure announcement. FAS/Tokyo estimates the total value of payments made to dairy processers could range from $10 million to $12 million.

In 2019, Japan imported 47,113 MT for NFDM from the world, including 5,804 MT from the United States valued at $13 million. Most of Japan’s NFDM imports are conducted by ALIC. As a result of the coronavirus impact on Japan’s dairy utilization, FAS/Tokyo anticipates that ALIC may reduce its planned NFDM imports in the next Japanese fiscal year. ALIC previously announced that it would import 4,000 MT of NFDM between April 2020 and March 2021 (see JA2020-0027).