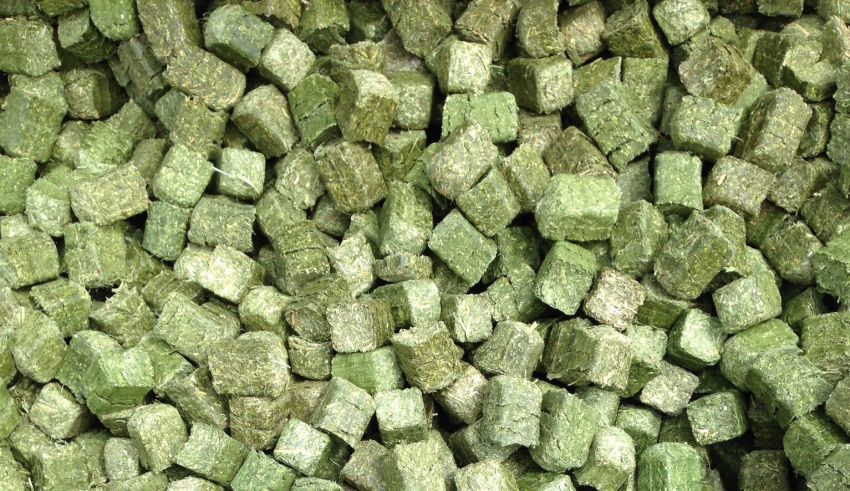 U.S. alfalfa hay pellets and cubes were among a number of U.S. agricultural products that received new or expanded access under the U.S.-China Economic and Trade Agreement, which was signed on January 15, 2020. This report briefly mentions the market access parameters for U.S. alfalfa hay pellets and cubes, discusses key market conditions (including import competition), and offers market-entry recommendations to consider when exporting this livestock feed ingredient to China.

Additionally, GACC has registered seven U.S. facilities producing alfalfa hay pellets and cubes as approved to export to China.2 Other U.S. exporters interested in exporting these hay products should contact their state APHIS office to initiate the facility registration process. Facilities that are already approved to export alfalfa hay bales are still required to undergo this registration process before exporting pellets or cubes. New establishments will be added within 20 business days of the United States notifying GACC that APHIS has approved the facility and found it in compliance with the U.S. alfalfa hay pellet and cube phytosanitary export protocol.

Aside from complying with the conditions of the protocol, shipments of pellets and cubes must be made from conventional alfalfa hay since China has not approved any biotech events for alfalfa. These products do not require an imported feed registration license from China’s Ministry of Agriculture and Rural Affairs (MARA) since it is a single ingredient product. Shipments can be containerized or bulk.

Alfalfa hay is a major ingredient in China’s expanding dairy sector. While Chinese dairymen will sometimes use alfalfa hay pellets and cubes to supplement dairy diets, these products appear to have an even greater market potential in China’s swine sector – the world’s leading hog and pork producer.

Several major South China hog farms participating in a feed promotion activity showed interest in using ground U.S. alfalfa hay as a substitute for wheat bran in gestating sow diets. This promotion, which was organized by ATO-Guangzhou and the U.S. hay industry in 2011, showed that the alfalfa hay-enhanced ration, while slightly more expensive, resulted in potential improvements to sow performance. Although there was interest, the promotion was not expanded into a formal feed trial in part because U.S. alfalfa hay pellets and cubes were not granted market access at that time.

In addition to the swine (and dairy) industry, there are other sources of potential demand for U.S. alfalfa hay pellets and cubes, including beef cattle, rabbits (raised for fur and meat), sheep and goats, horses, and pets, such as rabbits and guinea pigs. With further market research, longer-term opportunities may be developed within the aquaculture (e.g. grass carp and shrimp), chicken (e.g. layers and broilers), and swine (high-end pork) industries.

In 2019, China imported about 30,000 metric tons ($8 million) of alfalfa meal and pellets, mostly unchanged from the previous year.4 Imports from Spain – the largest supplier of alfalfa meal and pellets to China – accounted for a little more than 80 percent of the volume or about 24,000 metric tons (Table 1). Other suppliers included Italy (13 percent), Bulgaria (4 percent) and Kazakhstan (1 percent).

U.S. price competitiveness for these products will depend on the availability of tariff exclusions. In addition to an MFN duty of 5 percent, imports of U.S. alfalfa hay cubes and pellets are subject to a Section-301 retaliatory tariff of 25 percent (Table 2).5 Chinese importers can apply for a waiver of this retaliatory duty even though alfalfa hay cubes and pellets are not among the approximately 150 products currently listed as eligible for tariff exclusions.

China does not have a national standard for alfalfa hay pellets and cubes. However, there is a national standard for feed-grade alfalfa meal (GB10389-1989) that could be consulted as a reference. U.S. exporters are encouraged to work directly with Chinese importers to ensure the product meets relevant regulations, where applicable, as well as commercial conditions.

Shipments of U.S. alfalfa hay pellets and cubes must be made from conventional alfalfa hay since China has not approved any biotech alfalfa events at this time. Imports of these products will be tested in accordance with the “Genetically Modified Alfalfa Detection Method by Real-time PCR” for alfalfa hay bales, as developed by the Chinese Academy of Inspection and Quarantine. Because China lacks a low- level presence (LLP) policy, there is a risk of a rejected shipment if an unapproved biotech trait is present.

The commercial and distribution networks for U.S. alfalfa hay bales are well established inside and across the dairy sector after more than a decade since the first shipment. While this network can be leveraged to sell U.S. alfalfa hay pellets and cubes, new commercial connections with other parts of the livestock sector, especially swine feed, need to be established to fully maximize market potential. Partnering with a specialized swine feed distributor could help establish new contacts with potential end- users of pellets and cubes.

Both bulk and bagged pellets and cubes both have potential export opportunities. China’s swine and feed operations, which are growing in size and increasingly integrated, may be interested in large-size purchases, upwards of 5,000-10,000 metric tons. Bagged and smaller packages of pellets and cubes might be attractive to specialized feed companies, specialized livestock operations raising animals for breeding and premium meat and egg products, as well as horse and small pet owners. Building a brand image for these high-end end-users would increase customer confidence and loyalty.

For U.S. companies seeking to distribute products in China, registering the brand name and trademark with the Trademark Office of the National Intellectual Property Administration as early as possible is highly recommended.

Established U.S. exporters already supplying alfalfa bales to Chinese end-users can build upon existing commercial networks to develop opportunities for pellets and cubes. In contrast, new-to-market suppliers should consider attending major livestock trade shows (mentioned below) to develop commercial connections with different end-users across the livestock feed sector. A list of prospective importers can be provided by FAS-China’s Agricultural Trade Offices upon request.

Considering the current COVID-19 international travel constraints, U.S. suppliers may want to have their importers and distributors to showcase product on their behalf at trade shows during the second half of 2020. At the same time, U.S. companies and technical experts could join the shows virtually and/or host separate webinars to familiarize end-users with their products. Once international travel resumes, trade missions in both directions should be organized to familiarize Chinese importers with pellets and cubes.

The establishment of quality grading guidelines for U.S. alfalfa hay pellets and cubes would help standardize purchase specifications. The USDA Hay Quality Designation Guidelines could serve as a starting point for developing these envisioned guidelines.

Considering South China hog producers’ earlier interest in using alfalfa in gestating sow diets, a large- scale feeding trial to demonstrate the performance of pellets and cubes would be useful in educating potential end-users. The second phase of such a study could be expanded to aquaculture, layer, and high-end swine, and broiler industries. The results of these trials could be presented at livestock conferences and seminars.

China Animal Agriculture Association (CAAA) is a quasi-governmental association with members from across China’s livestock sector. The association is responsible for organizing the country’s largest livestock trade show – China Animal Husbandry Expo – which is a good venue for showcasing U.S. feed ingredients.

There are several trade shows that could be useful in promoting U.S. alfalfa hay pellets and cubes in China including those mentioned below. These shows could be delayed or postponed because of the COVID-19 situation. Furthermore, as mentioned above, because of the current COVID-19 travel limitations, U.S. exporters may want to have their importers/distributors showcase product on their behalf.

Pet Fair Asia, Shanghai, August 19-23, 2020 – One of the largest pet shows in China that attracts participants from all over Asia. The show offers an opportunity to showcase consumer-packaged hay products to rabbit and guinea pig owners.

According to the April 28, 2016 Foreign Non-governmental Organization (FNGO) Management Law, China requires all FNGOs, including agricultural trade associations, to register before undertaking certain marketing activities (e.g., public gatherings, promotions, trainings, conferences). The requirements include securing a Chinese sponsoring organization, and registering a permanent office or filing for a temporary activity permit. This typically takes up to six months to complete. Certain activities may exempt from this law, and it does not apply to for-profit businesses and governmental organizations. For more information about the Law, see the USDA GAIN report China’s Foreign NGO Management Law: A Review for U.S. Agricultural Trade Associations.