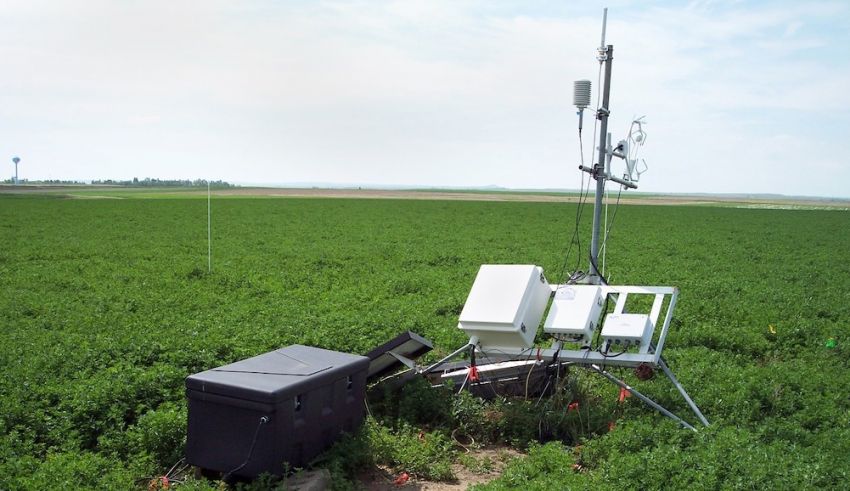 Alfalfa has a long history as the go-to feed for farm animals and poultry. Aquaculture has also discovered the power of alfalfa by refining it into a high-protein fish food. But what has not been widely recognized is alfalfa’s importance to the environment.

Scientists with the Agricultural Research Service’s (ARS) Northern Great Plains Research Laboratory in Mandan, ND, have been studying the effects of alfalfa on carbon balance. What their multiyear study found was that hayed alfalfa is more efficient than perennial grasses in taking up carbon under variable growing conditions.

“This attribute is important for producers, as it shows that alfalfa can be a stable source of forage when conditions get tough,” said Mark Liebig, research soil scientist at the ARS lab. “The study also showed that alfalfa can limit the amount of carbon lost from cropland when included in rotation, so that’s good for the environment.”

Liebig and his team found consistently higher levels of carbon flux in alfalfa than in grassland. Carbon flux refers to the exchange of carbon between one place and another, in this case between the atmosphere and either an alfalfa field or a grass pasture.

“The greater carbon fluxes in the alfalfa field equated to more carbon being taken up from the atmosphere, essentially acting as a sink for carbon dioxide,” Liebig said. “From a climate mitigation standpoint, this is a good thing.”

The weather during the 5-year study included 1 very dry year, 1 very wet year, and 3 somewhat normal years. “For the variable conditions, this attribute of alfalfa was impressive. It showed that alfalfa could keep growing and taking up carbon under suboptimal conditions,” he said. “So, with a predicted future of more variable weather, alfalfa offers some resistance to weather-induced extremes.”

Alfalfa is the fourth most widely grown crop in the United States, with an annual estimated value of $11.7 billion.

Based on results from this study, alfalfa can decrease the amount of carbon lost from semiarid cropping systems while providing valuable forage for livestock. “This is a win-win for the producer and environment,” Liebig said. — By Scott Elliott, USDA-ARS