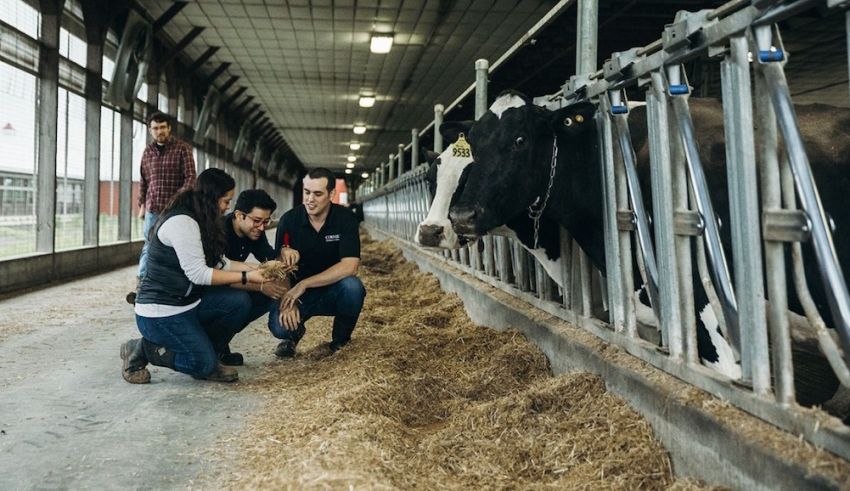 Four climate-controlled respiration chambers will be built in the Large Animal Research and Teaching Unit to study gas exchange of dairy cattle and other livestock. The chambers – the first of their kind to be built in the United States – will help Cornell and industry researchers develop solutions to reduce climate-warming methane emissions from cattle and other domestic animals.“These chambers are important because they’re the most accurate, gold-standard approach to measure methane emissions from dairy cattle,” said Joseph McFadden, associate professor of dairy cattle biology in the College of Agriculture and Life Sciences. “You can measure methane using other types of equipment, but they’re less accurate, or they don’t measure all the greenhouse gases animals emit or consume, and they don’t allow you to control the environment.”

The respiration chambers are individual climate-controlled rooms made of stainless steel with glass windows. Cornell’s system will be composed of four individual units, each big enough to comfortably hold one cow, a couple of sheep or multiple chickens. Researchers will use the new facilities to understand how animals respond to changes in their diet – with the goal of optimizing livestock nutrition for efficient milk and meat production, minimum greenhouse gas emissions and nutrient waste, and enhanced animal health.

“These chambers are important because they’re the most accurate, gold-standard approach to measure methane emissions from dairy cattle. You can measure methane using other types of equipment, but they’re less accurate, or they don’t measure all the greenhouse gases animals emit or consume, and they don’t allow you to control the environment.” -Joseph McFadden, associate professor of dairy cattle biology in the College of Agriculture and Life Sciences

Insights gained from the research will be used to update Cornell’s nutritional modeling software, Cornell Net Carbohydrate and Protein System, which helps farmers predict their animals’ feed requirements under farm-specific environmental and nutritional management conditions. The software is used to feed roughly 75% of cows in New York state and 65% of cows in North America, and it’s been adopted in more than 20 countries globally, McFadden said.

Nationally, around 4% of greenhouse gases are emitted from livestock. Approximately 1% of the total is emitted from dairy cattle, though estimates vary slightly.

“The dairy industry is not one of the main contributors to climate change; the big contributors are fossil fuel use: electricity generation, transportation and industry,” McFadden said. “Although dairy is a small contributor, we need solutions that reduce greenhouse gas production in all sectors while ensuring the availability of nutritious animal-sourced foods for the consumer and the protection of healthy ecosystems.”

Mark Lueking, regional managing director for North America at Cargill Animal Nutrition and Health, said Cargill supported the public-private-academic partnership as part of its goal to “nourish the world in a safe, responsible and sustainable way.

“By supporting Cornell’s deployment of respiration chambers to study greenhouse gas emission in livestock, the animal agriculture industry will benefit and enable the development of innovative solutions to reduce its carbon footprint,” Lueking said.

Brendan Tydings, administrator of the Genesee Valley Regional Market Authority, said the 15 volunteer board members who oversee the authority supported the project because they believe it will benefit dairy farmers throughout New York state and beyond.

“We have a limited amount of funds, so we try to pick projects that will benefit agriculture as a whole. That’s what we love about working with Cornell, because we know the work that’s done there will be brought out into the local community and really impact the farmers,” Tydings said. “We trust the work that Cornell does, and we appreciate Cornell and our New York farmers working collaboratively to improve efficiency and sustainability in the dairy industry.”

The respiration chamber will be built and installed in spring 2022 by No-Pollution Industrial Systems, an engineering firm based in Scotland. – By Krisy Gashler, Cornell College of Agriculture & Life Sciences