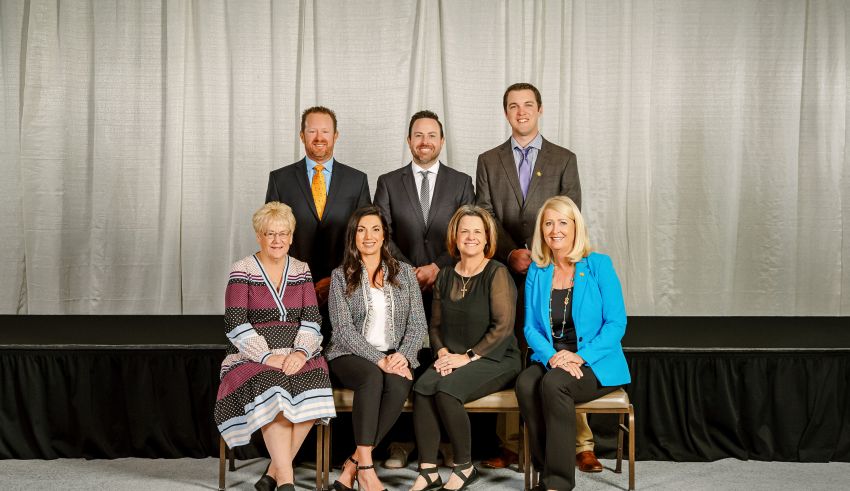 David Vander Schaaf is a fourth-generation dairy farmer at Vander Schaaf Dairy, which was established in 1929. David joined the family business in partnership with brothers Joey and James, as well as father John Vander Schaaf in 2013. He is a member of the Milk Producers Council.

Kirsten Areias has been a dairy producer since 1980 and currently milks 320 Holsteins with husband Dennis at the 360-acre Den-K Holsteins, Inc. She is a member of a variety of industry groups, including Western United Dairies, serves as an advisor for the California Holstein Association and Merced County Junior Holstein Association, and is a Dairy Bowl Coach.

Renae DeJager and husband Art are owners of 1500-acre Vista Verde Dairy, which was established in 1977 and where they currently milk 3,200 Holsteins. She is an active member of her community and serves a variety of community groups including California Women for AG, Stone Ridge Christian School Board and Cornerstone Community Church in Chowchilla. She previously served on the board for the U.S. Dairy Export Council and the National Dairy Promotion and Research Board where she traveled extensively to promote dairy in domestic and international markets.

Essie Bootsma milks 2,000 Holsteins with her son Jason at the John Bootsma Dairy that she started with her husband, John, in 1979. She is a member of a variety of community groups, including the Western Riverside Ag Coalition, where she serves as secretary, the Eastern Municipal Water District Advisory Committee and the Eastern Municipal Dairy Water Supply, where she serves as chair. She previously served as Secretary to the CMAB’s Executive Committee. In her free time, Essie enjoys representing CMAB in promotional trade shows, spending time with her five grandchildren and cooking for and entertaining family and friends.

Josh Zonneveld and his wife Cassie along with other family members currently milk 8,500 Holsteins at the 7,000-acre Zonneveld Dairies that his grandfather founded in 1968. He joined the family business in 2005. He is a member of the Ag Executive Council for Land O’ Lakes and also serves on the board for the California Dairy Research Foundation.

Megan Silva graduated from Cal Poly in 2006 and is a 4th generation dairy farmer. Megan and husband Johnny Silva, along with her father Frank Rocha, currently milk 2100 Holsteins at the 900-acre Frank N. Rocha Dairy L.P., where she has worked since 2006. Megan and Johnny started their own dairy, R & S Dairy LLC. in May of last year. She is also extremely passionate about the fitness and wellness industries, and shares these passions through her two businesses in Escalon; EscalonFIT and Wellness by EscalonFIT.

Tony Louters and his wife Corinna own T & C Louters Dairy in Merced where they currently milk 600 Holsteins. They have been in business since 2003 and have four children: Alexis, Bryce, Tyler and Breann. Tony is a member of Western United Dairies.