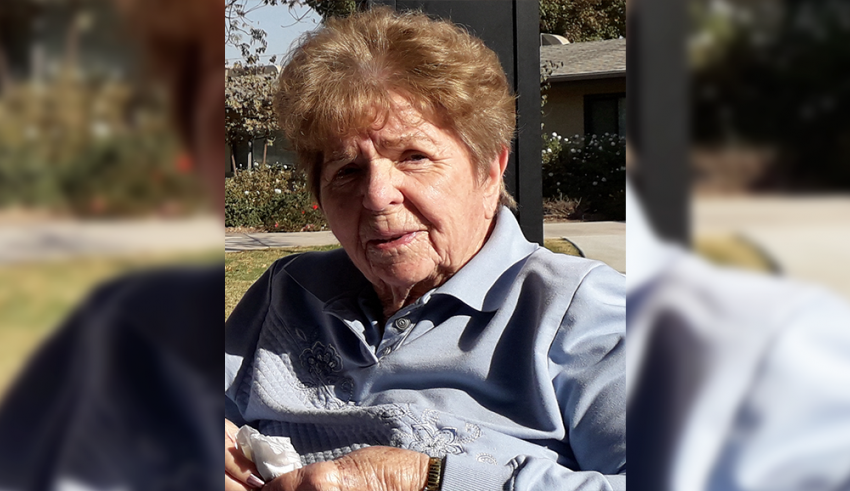 Lifelong dairy farmer and leader Mary Cameron passed away after several years of growing disability on June 22, 2022.   She lived a long, rich life.  Mary was a daughter, sister, mother, and grandmother, and her family meant everything to her.  For over 60 years, she was also a dairy producer, and very proud of it.  She loved her cows, and all things associated with that industry. 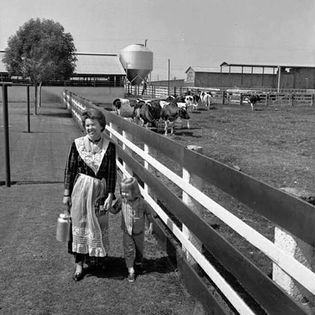 She was born Mary De Voss on February 4, 1930, the only daughter of Andrew (Inze) and Alice (Eelkje) De Voss, and younger sister of brothers Arthur (Art) and Henry (Hank),  in Bellflower, California.  Her parents had both emigrated from Friesland, The Netherlands, and she was born into a community of Dutch emigres, most of them dairy farmers, as was her father.  Mary graduated from Redlands University in 1950, and married Arthur (Atze) Atsma, who had come from Friesland in 1949.   They  built a dairy farm in Artesia, and settled in with their four children –  Gary William, Andrew Michael, Richard Allen and Alicia Jean.  Mary’s parents soon built a home next door.  The years were filled with family, as two of Atze’s brothers joined them in the area.  Atze died suddenly in a cycling accident in 1965, and with her father’s support, and two of Atze’s brothers working for her, Mary continued to run the dairy single-handed.   She would remarry twice, first to John Storm, who had been a friend of Atze’s.  Her second marriage was to Louis Cameron, and with him and their expanded family, she moved up to Hanford, California in 1974.  Their dairy on Hwy. 198 was the base from which Mary did all things.  She got very involved in Kings County Dairywomen, and eventually served in a number of positions relative to the industry. 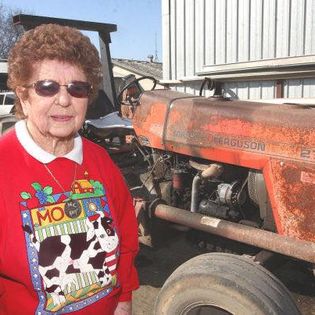 Mary’s family were twice named Dairy Family of the Year for Kings County.  She was a member of the board of directors for Danish Creamery from 1992-95, the first woman to serve on a co-op board in California, only stepping down because of an age limit of 65.  She was also the first woman to serve on the board of the Western United Dairymen Association, and was a director of the Dairy Council of California from 1992 to 2004. She was a member of the National Dairy Board, a presidential appointment, from 1994-2000, and again from 2003 to 2009. 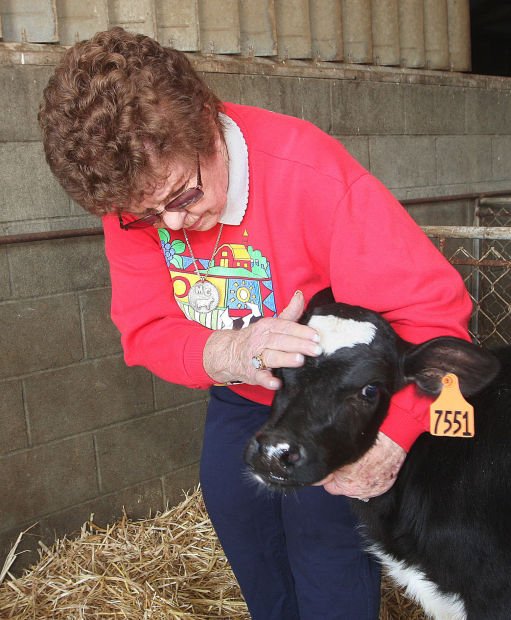 She was on the Board of Directors for Kings County Farm Bureau, and in 2001, was Kings County Agriculturalist of the Year.   In 2003, Mary was named a Woman of Distinction by the Soroptimist International Club of Hanford, and was the 2003 Common Threads Honoree by California State University Fresno.  In 2009, Congressman Jim Costa recognized her in the California House of Representatives for her life work in the dairy industry, and for having been honored that year by Western Dairy Business magazine as the 2009 Outstanding Dairy Producer of the Year.  He pointed out that, in a male-dominated industry, Mary did not wish or expect to be treated differently because she was a woman, always spoke her mind, and worked tirelessly for her industry.  At that point, she had been in the dairy business for some 53 years, and was still up at six every morning, going out with her son and other family and employees to conduct the daily herd check.  The greatest joy, for her, was when she helped deliver a new calf into the world, which she did thousands of times over the years.

Mary is survived by eldest son, Gary Atsma, his wife Marisa, and her children Jedediah, Silas and Tamara; son Andy Atsma, Andy’s daughter Christina and her daughters, Meghan and Emma, and great-great grandson Alexander; Andy’s daughter Kimberly and her son Braidan, and Andy’s son Aaron; son Rick Atsma and his wife DeAnne, and their sons, Tavis, John and Atze; daughter Alicia Dance and her husband Nick.

Her family and friends will honor her wish for no funeral service.  Instead they will gather together to celebrate her life, with music, memories and laughter, at a later date.  Condolences may be directed to any of her children or grandchildren.   A scholarship fund has been established in Mary Cameron’s name through the Kings County Dairywomen.   In lieu of flowers, the family ask that you consider a donation to this group, of which Mary was a part for several decades, and in whose work she so strongly believed.   Donations may be sent to the Kings County Dairywomen,  c/o  9550 6th Avenue, Hanford, CA 93230.